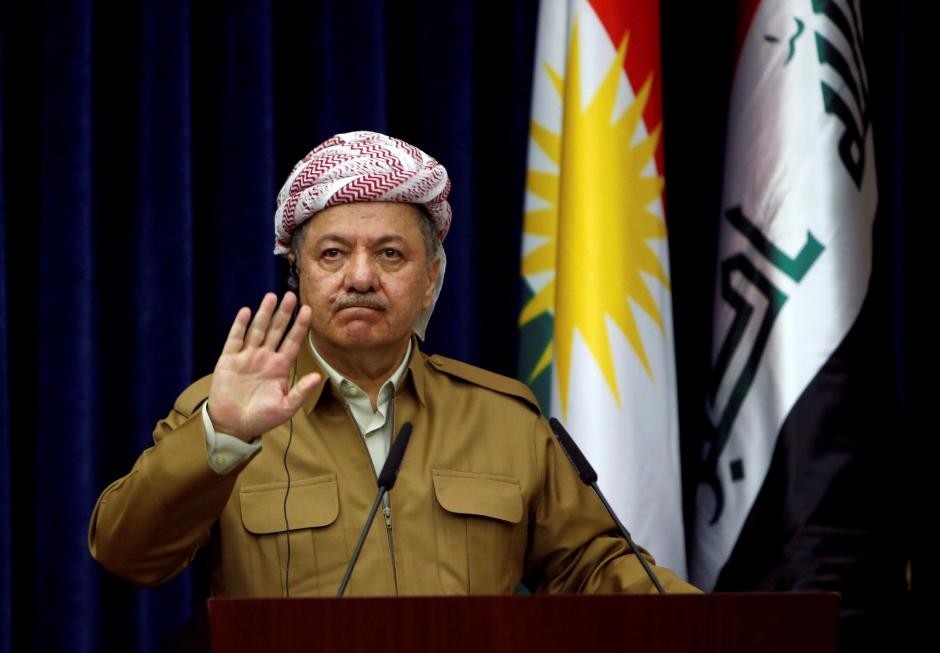 Gorran, a main opposition party in Kurdistan Regional Government (KRG) parliament, called on Masoud Barzani Sunday to resign, and for a "national salvation government" to be formed to deal with crisis pitting the Kurds and the central Iraqi authorities.

Gorran, or the Change Movement, blamed the KRG President for the "disaster" facing the Kurds after the loss on Oct. 16 of the oil-rich city of Kirkuk, captured by Iraqi forces in retaliation to an independence referendum held last month despite warnings from Baghdad and neighboring Iran and Turkey.

"The Kurdistan presidency must be dissolved and a national salvation government be formed to overcome the current situation," said a statement published by the party leadership after meeting in Sulaymaniyah.

"They have to resign from their posts. At the same time, the Cabinet should be abolished, too," party spokesman Shorsh Haji told a news conference, calling for the formation of a "national salvation government."

"Our people have lost many of their achievements which they gained shedding their blood. Peshmerga [fighters] ost their grandeur. We lost many friendly countries. The reason for all of this is due to the failures of the party in power," he added.

Gorran supports the efforts to make KRG an independent state, but it opposed holding the referendum on Sept. 25, saying the timing was ill-chosen.