No dialogue yet between Qatar, Saudi-led bloc in Gulf crisis, Tillerson says 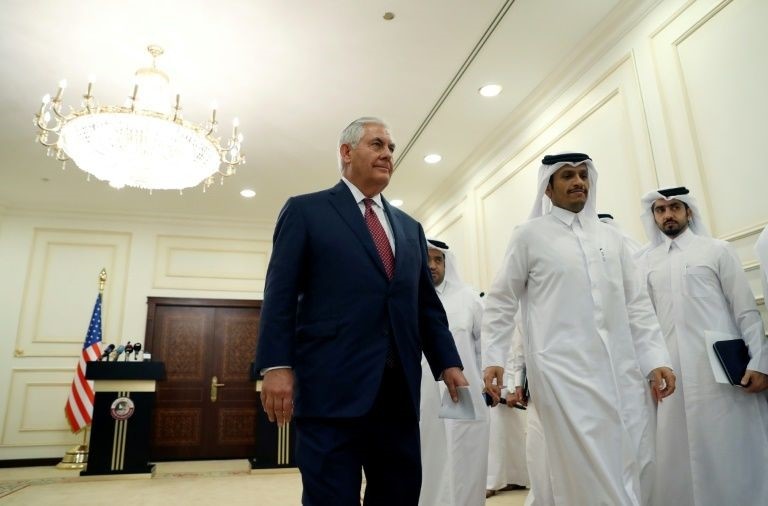 US Secretary of State Rex Tillerson on Sunday said talks between feuding Gulf states remained unlikely, as a Saudi-led boycott of Qatar nears its sixth month.

"We cannot force talks among people who are not ready to talk," Tillerson said at a press conference in Doha.

"There is not a strong indication that parties are ready to talk yet," he added. "We cannot and will not impose a solution on anyone."

Tillerson's comments came after he held talks Sunday in both Riyadh and Doha on a visit that has focused on curbing Iran's influence in the region.

It comes just weeks after US President Donald Trump refused to certify the Iran nuclear deal and declared an aggressive new strategy against Tehran.

The visit appears aimed in part at boosting predominantly Sunni Saudi Arabia's clout in Iraq, where Shiite forces backed by Tehran are fighting in the north, as part of a wider regional battle for influence that extends from Syria to Yemen.

Tillerson also aimed to persuade the feuding Gulf states to open dialogue, according to US officials, months into a crisis that has seen Qatar isolated from its neighbours.

Saudi Arabia, the United Arab Emirates, Bahrain and Egypt in June announced they had cut all relations with Qatar, accusing Doha of ties to terrorist groups and Iran.

Qatar has vehemently denied the allegations and has rejected the conditions of a proposed settlement to the diplomatic and economic boycott.

While Trump had initially appeared to support Saudi Arabia in isolating Qatar, he has since called for mediation and predicted a rapid end to the crisis.