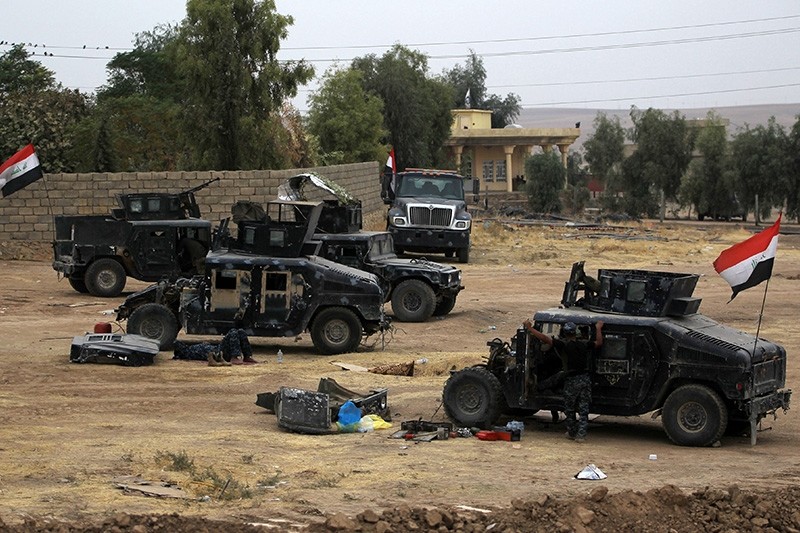 Two suicide bombers struck in the northern Iraqi city of Kirkuk on Sunday, killing at least five people and wounding more than 20 others, police and medical sources said.

The interior ministry said the attacks targeted a Shi'ite mosque on Atlas Street in central Kirkuk and gave an initial casualty toll of one killed and 16 wounded.

It is the first such attack since the central government in Baghdad seized the oil-rich city last month from Peshmerga forces, who had been controlling Kirkuk for three years.

The central government in Baghdad launched an offensive on Oct. 16 to recapture the city and other territories in northern Iraq claimed by both Baghdad and the Kurdish Regional Government (KRG), in retaliation for a referendum on independence.

Iraqi security forces advanced on the city, forcing the Peshmerga to withdraw. The retreat also allowed Baghdad to take control of all oil fields operated by the state-owned North Oil Company in Kirkuk's northern province.

No group has claimed responsibility for Sunday's attacks but the suicide bombings are a trademark of Daesh terrorists.

Police sources said the two attacks happened in quick succession and said the death toll might rise because some of the wounded were in critical condition.

"It's a crowded street and a place for street vendors. The terrorists wanted to kill a large number of people," said a Kirkuk police major.

Iraqi security officials have said Daesh is likely to wage an insurgency in Iraq after their terror group all but collapsed and they were dislodged from large territories in the west and north on the country.

Iraqi security forces have recaptured nearly all territories once controlled by Daesh. Fighting is ongoing in the border areas with Syria where militants are entrenched in the small town of Rawa and nearby border areas.

In a statement the ministry said: "We condemn this terrorist attack which aims to violate the public peace in Kirkuk, a key city in terms of Iraq's unity and integrity."

The statement said: "Turkey believes that these kinds of provocations will not bring to a halt the Iraqi government's efforts to stabilize the country."

"Turkey stands by Iraq in its fight against terrorism," it added.