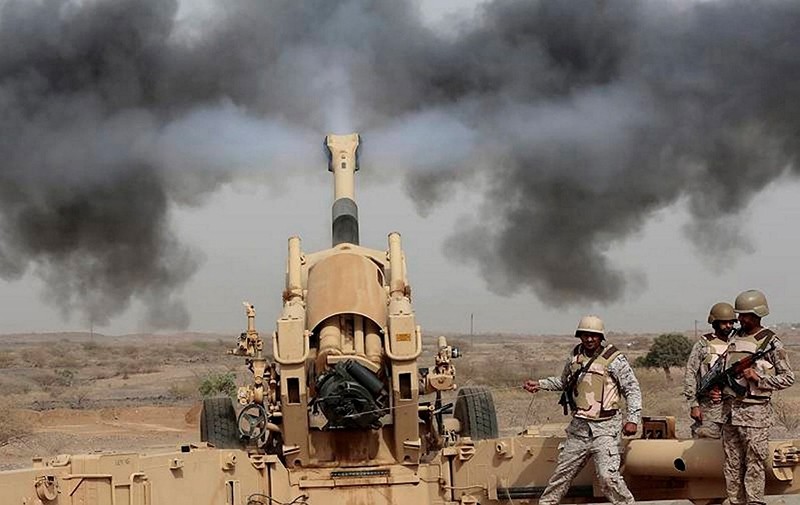 A Saudi-led military coalition said it will temporarily close all air, land and sea ports to Yemen to stem the flow of arms to Houthi rebels from Iran, said a statement on Monday on state news agency SPA.

The move follows the interception of a missile fired towards Riyadh on Saturday which the coalition has described as a "dangerous escalation" by the Iran-allied Houthi militia which controls large parts of Yemen.

The coalition and U.S. President Donald Trump have both blamed Iran for the attack, but the head of Iran's Revolutionary Guards denied the accusations on Sunday, rejecting Trump's remarks as "slanders."

The Saudi-led coalition's statement said the closures would be temporary and "take into account" the work of humanitarian and aid organizations. The war has claimed more than 10,000 lives and driven the Arab world's poorest country to the brink of famine.

The Saudi-led coalition launched a wave of airstrikes — starting overnight and continuing until noon Sunday — on the rebel-held capital, Sanaa, apparently in response to the ballistic missile. Saudi Arabia said it shot down the missile, with fragments landing in an uninhabited area north of the capital.

The coalition threatened Iran with a possible retaliatory strike.

"Iran's role and its direct command of its Houthi proxy in this matter constitutes a clear act of aggression that targets neighboring countries, and threatens peace and security in the region and globally," the statement said. "Therefore, the coalition's command considers this a blatant act of military aggression by the Iranian regime, and could rise to be considered as an act of war against the kingdom of Saudi Arabia."

The statement added: "The coalition command also affirms that the kingdom reserves its right to respond to Iran in the appropriate time and manner."

The ballistic missile was intercepted by Saudi Arabia's air defenses and brought down near Riyadh airport without causing any casualties.

The coalition has been targeting the Houthis since they seized parts of the country in 2015 including the capital Sanaa, forcing President Abd-Rabbu Mansour Hadi to flee and seek help from neighboring Saudi Arabia.

"The Coalition Forces Command decided to temporarily close all Yemeni air, sea and land ports," the statement on SPA said, adding that aid workers and humanitarian supplies would continue to be able to access and exit Yemen.

The United Nations and international aid organizations have repeatedly criticized the coalition for blocking aid access, especially to the rebel-held north.

The civil war has killed more than 10,000 people and triggered a severe humanitarian crisis in one of the Arab world's poorest nations. More than half a million Yemenis have been infected with cholera and some seven million are on the brink of famine, according to the United Nations.

On Sunday a suicide car bomber blew himself up at a security checkpoint in the southern port city of Aden, killing 15 people and wounding at least 20, residents and a security official said. Aden is the interim headquarters of Yemen's internationally-recognized government.