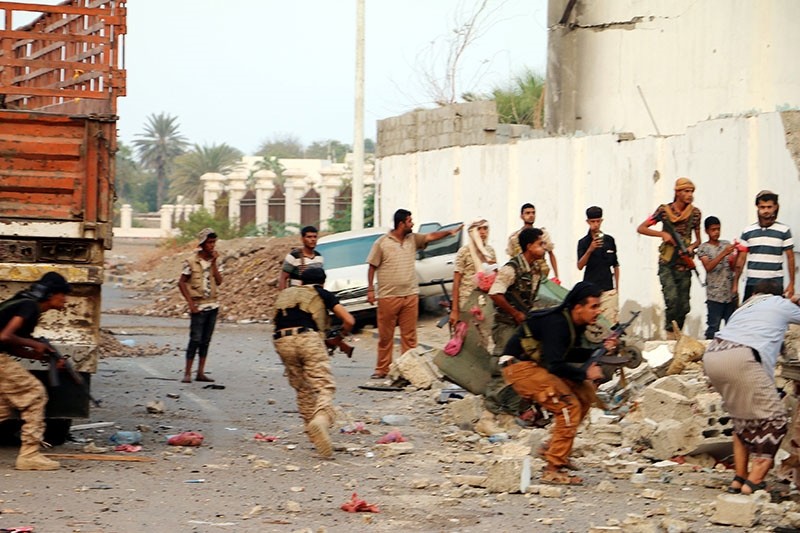 The attack began Sunday, when two suicide bombers blew themselves up at the entrances to the criminal investigations unit and the city's security headquarters.

Overnight, the security forces tried three times to seize back the unit, but each time a suicide bomber blew himself up, stopping them from entering, a security official said.

A fourth suicide bombing occurred Monday morning, before the security forces finally brought an end to the standoff in the southern port city.

A total of 29 members of the security forces were killed during the attack and hostage crisis, the official said.

Among them were six police officers whose bodies were found buried under the rubble of the building along with six civilians, including two children.

"The security forces have managed to enter the building and clear it of the elements of evil and terrorism," said the interior ministry of President Abedrabbo Mansour Hadi's internationally recognized government.

The bullet-riddled bodies of three assailants were also found in the rubble, the security official said.

The attack was claimed by Daesh in a statement released online Sunday.

Daesh and its extremist rival Al-Qaeda have taken advantage of the war between the Saudi-backed government and Shiite Huthi rebels allied with Iran to bolster their presence across much of south Yemen.

The Hadi government has been based in Aden since the Huthis drove it out of the capital Sanaa in 2014.

More than 8,650 people have been killed in Yemen since Saudi Arabia and its allies joined the war in 2015 to support government forces, according to the World Health Organization.