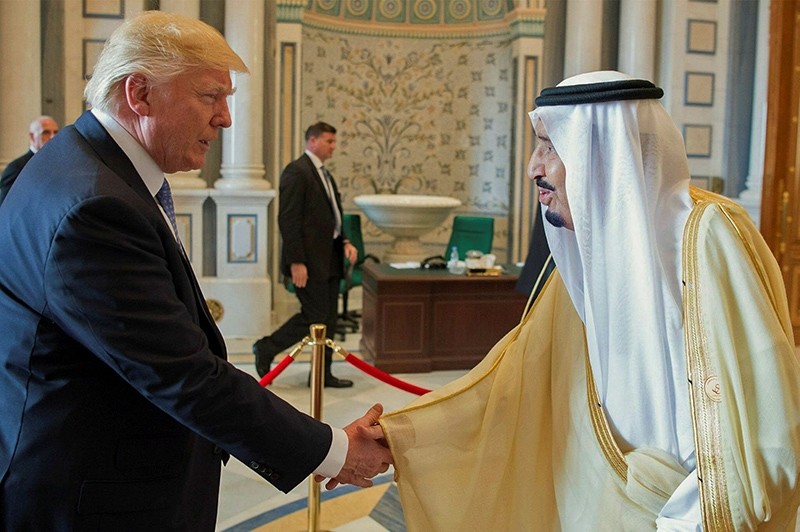 U.S. President Donald Trump expressed "great confidence" in Saudi leaders Monday amid what the kingdom describes as an ongoing anti-corruption push, writing in a tweet, "They know exactly what they are doing."

In a two-part Twitter message sent from Tokyo, Trump said he has great confidence in King Salman and the crown prince, adding some of the arrested people "have been 'milking' their country for years!"

The Trump administration had been quiet about the unprecedented arrests of dozens of Saudi Arabia's most powerful princes, military leaders and ministers, which are widely being seen as a consolidation of power by the nation's 32-year-old crown prince, Mohammed bin Salman. The crackdown began Saturday with little warning.

According to Saudi Attorney General Saud al-Mojeb the arrests did not "represent the start, but the completion of Phase One of our anti-corruption push."

"It was necessary to complete the first phase discreetly" to prevent anyone from escaping investigation, Mojeb added.

Al-Mojeb, also a member of the anti-corruption committee, said this is the beginning "of a vital process to root out corruption wherever it exists."

Among those taken into custody were Prince Alwaleed bin Talal, one of the world's richest men, and two of the late King Abdullah's sons. The Saudi government has described the action as a sweeping effort to combat corruption.

Mohammad Bin Salman, who has been working to implement reforms in the oil-rich state, has developed a close relationship with White House senior adviser Jared Kushner.

The arrests come as the king and crown prince consolidate power in the kingdom.