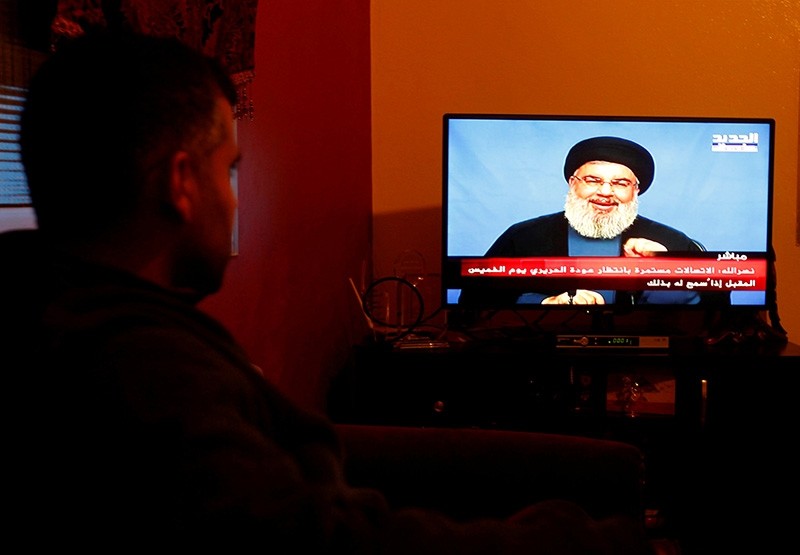 Hezbollah leader Sayyed Hassan Nasrallah said on Friday Saudi Arabia had declared war on Lebanon and Hezbollah, and said Lebanese Prime Minister Saad al-Hariri, who resigned in a speech from Riyadh on Saturday, was being detained in Saudi.

In a televised address Nasrallah said Hariri's resignation was an "unprecedented Saudi intervention" in Lebanese politics and called for Hariri to return to Lebanon. He said Lebanon's government was still legitimate and had not resigned.

He said Hariri is being prevented by Saudi officials from returning to Lebanon, adding that his detention should not be accepted.

The head of the powerful Hezbollah group also accused Saudi Arabia of asking his archfoe Israel to launch strikes on Lebanon.

Nasrallah added an Israeli war with Lebanon was unlikely and warned Israel against exploiting the current political crisis in Lebanon.

Hariri's situation was not completely clear but calls, including from his Lebanese political rivals, mounted for Saudi Arabia to guarantee the prime minister's freedom of movement.

The 47-year-old announced his resignation on November 4 in a surprise move that coincided with a sweeping purge in the Saudi kingdom's elite, ostensibly over embezzlement accusations.

Hariri, who was born in Saudi Arabia, did not say when he would return to Lebanon, where President Michel Aoun has yet to formally accept his resignation.

In a statement issued on Friday after a meeting with the Saudi envoy to Lebanon, Aoun insisted Hariri should return to Lebanon but did not elaborate on the premier's current situation in Riyadh.

"President Aoun met Saudi charge d'affaires Walid Bukhari and informed him that the circumstances in which Mr. Hariri's resignation took place were unacceptable," the statement said.

The president "called for the return to Lebanon of the head of the government."

Aoun, whose political ally Hezbollah is a fierce critic of Saudi Arabia, also "voiced his concern over what is being said" about Hariri's current status in Saudi Arabia and demanded a "clarification".

French President Emmanuel Macron, whose country has close ties with both Lebanon and Saudi Arabia, visited Riyadh on Wednesday.

Macron's foreign minister said on French radio Friday he thought Hariri's freedom of movement was not impeded, despite most of the Lebanese political class implying he was de facto under house arrest.

"He went to Abu Dhabi the day before President Macron's visit (on Wednesday) so we think he's free to move around," Jean-Yves Le Drian said.

Nasrallah, whose party is the only organization that did not disarm after the 1975-1990 civil war and now has an arsenal that outstrips Lebanon's own armed forces, accused Saudi Arabia of seeking to incite conflict.

Nasrallah, whose movement Hariri has repeatedly said should lay down its arms, also warned that his movement, which fought a devastating war with Israel in 2006, was stronger than ever.

"We are stronger today, we warn them again misguided calculations, against any knee-jerk initiative," he said.