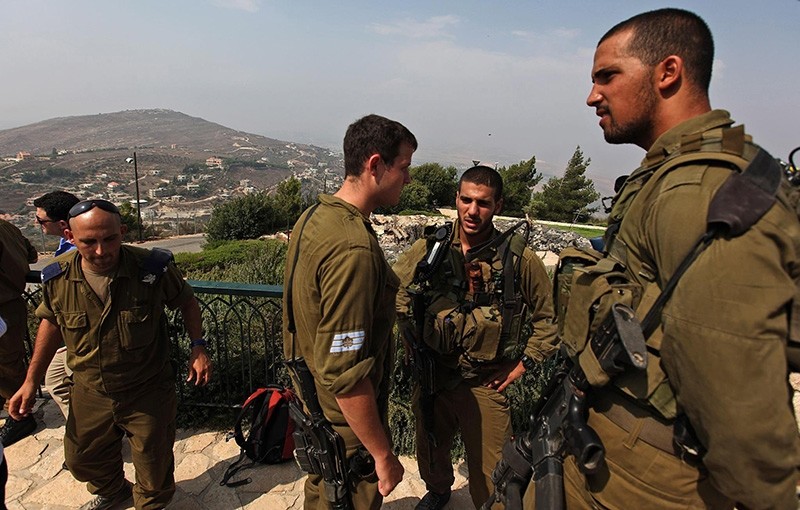 Israeli soldiers stand in an observation point on the Israeli border village of Misgav Am. (EPA Archive Photo)
by Nov 11, 2017 12:00 am

Israel shot down a Syrian spy drone over the Golan Heights on Saturday, the Israeli military said.

The drone was downed with a Patriot interceptor missile over the Golan demilitarized zone that has separated Israeli and Syrian forces since the ceasefire deal that followed their 1973 war.

The military initially told Reuters the UAV was Russian-manufactured but offered no evidence. A military source later said it was unclear whether the UAV was indeed Russian-made.

"It was a reconnaissance UAV (unmanned aerial vehicle) and not an attack UAV and we are checking whether there is any connection to Iran and Hezbollah," military spokesman, Lieutenant-Colonel Jonathan Conricus, told Reuters.

"We hold the Syrian regime responsible for any firing or breach of sovereignty and call on it to hold back all players active in its territory," Lieberman said in a statement.

Israel fears an eventual Assad victory could leave Iran with a permanent garrison in Syria, extending a threat posed from neighboring Lebanon by the Iranian-backed Hezbollah and has been lobbying Russia and the United States for reassurances that Iranian and Hezbollah forces will not be allowed to deploy near its border or set up bases within Syria.

"We will not allow the Shi'ite axis to establish Syria as its forefront base," Lieberman said.

The Golan, which Israel captured from Syria in the 1967 conflict, has seen spillover violence from the Syrian civil war. Israel has at times fired to foil what it deemed deliberate cross-border attacks and has struck suspected Hezbollah arms shipments around 100 times in Syria during the civil war.

For its part, Russia has set up a military hotline to prevent warplanes or anti-aircraft units clashing accidentally over Syria.