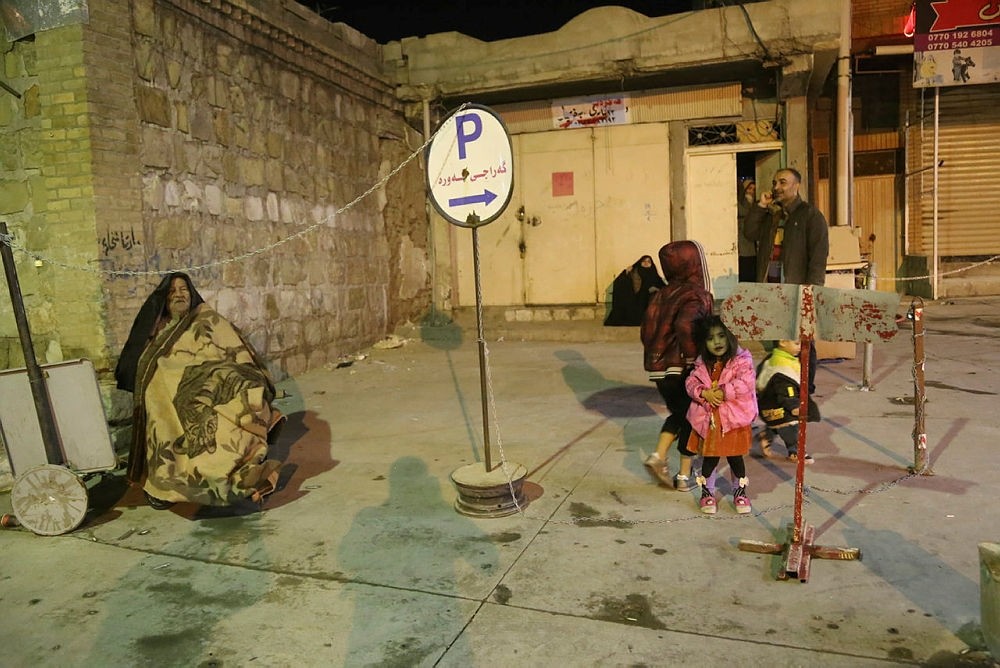 Turkish aid agencies become first to deliver relief supplies to the region between Iraq and Iran after a magnitude 7.2 earthquake that killed more than 60 people and injured some 300 others.

The Turkish Red Crescent and the Disaster and Emergency Management Authority (AFAD) said they have already sent thousands of food, water, blankets as well as vehicles and personnel.

"We have made arrangements and we are ready to offer assistance to northern Iraq, in case of a demand for aid," he said, adding Turkey was attempting contact northern Iraq.

The epicenter of the earthquake is 32 kilometers southwest of Halabja near the Iranian border, data from the USGS website showed.

Iranian officials said a total of 30 people were killed and 200 were injured in the counry's Kermanshah province.

Another two people were killed in Kalar, according to the director of the hospital in the town about 70 kilometres (45 miles) south of Darbandikhan.

State television had previously reported six dead in Qasr-e Shirin, close to the Iraqi border, around 40 kilometres southwest of Azgaleh.

A 12-year-old boy was killed and over 50 people were injured in Iraq, according to the official statements.

The quake struck the mountainous area of Sulaymaniyah province at 9:18 pm (1818 GMT) at a depth of 25 kilometres (15 miles), the monitor said.

It was felt for about 20 seconds in Baghdad, and sometimes for longer in other provinces of Iraq, AFP journalists said.

In the province of Sulaymaniyah, located in Iraq's Kurdistan region, residents ran out onto the streets at the time of the quake and some minor property damage was recorded, an AFP reporter said.

In Iran, ISNA said the earthquake was felt in several cities in the west of the country including Tabriz.

In southeastern Turkey, the earthquake was felt from Malatya to Van, locals reported. In the town of Diyarbakir, residents also left their homes before returning.

Deputy Prime Minister Recep Akdağ said no destruction or damage has been reported in Turkey so far.