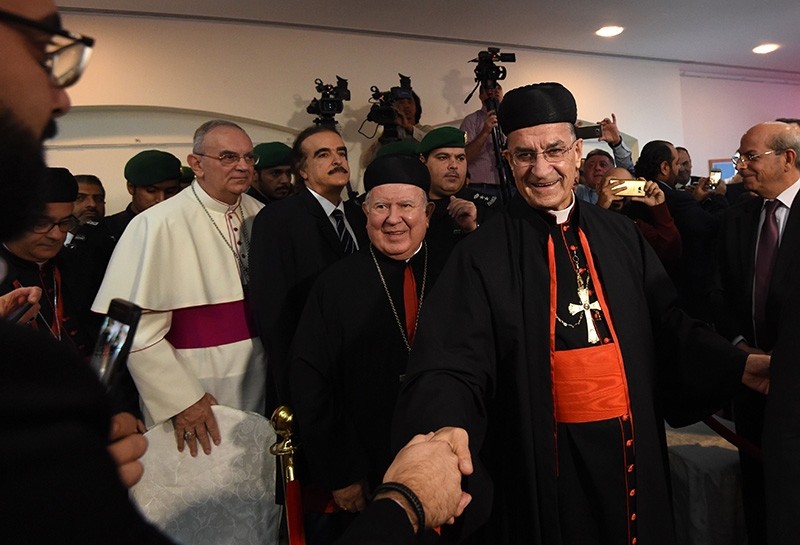 Lebanon's Christian Maronite Patriarch arrived in Saudi Arabia Monday, with his historic visit to the kingdom under even greater scrutiny amid serious political tensions between the countries.

Patriarch Beshara al-Rai heads the Maronite church, which has a presence in Lebanon, Syria and Cyprus and follows an Eastern rite of the Roman Catholic Church. Maronites number about 900,000 in Lebanon, around a quarter of the population.

An official visit to Saudi Arabia by such a senior figure marks a rare act of religious openness for Riyadh, which hosts the holiest sites in Islam and bans the practice of other religions, but says it wants to open up more to the world.

During his visit, Rai is expected to meet King Salman, his son and heir-apparent, Crown Prince Mohammed bin Salman, and Saad al-Hariri, who has been in Riyadh since resigning as Lebanese prime minister Nov. 4.

Top Lebanese government officials and senior sources close to Hariri believe Saudi Arabia coerced Hariri into resigning and has put him under effective house arrest since he flew to Saudi Arabia more than a week ago.

Hariri said in a television interview Sunday that he was a free man and would return to Lebanon within days to affirm that he had resigned. He said Lebanon was at risk of Gulf Arab sanctions because of the Shi'ite group Hezbollah's regional meddling.

Rai, whose trip was in the works before the latest political crisis in his country, will take a message to Saudi Arabia that "Lebanon cannot handle conflict," his spokesman said last week.

Hariri's resignation and its aftermath have thrust Lebanon back to the forefront of the conflict between Sunni Saudi Arabia and Shi'ite Iran and destabilized the country, where Sunni, Shi'ite, Christian and Druze factions fought a civil war from 1975-1990, often backed by rival powers around the region.