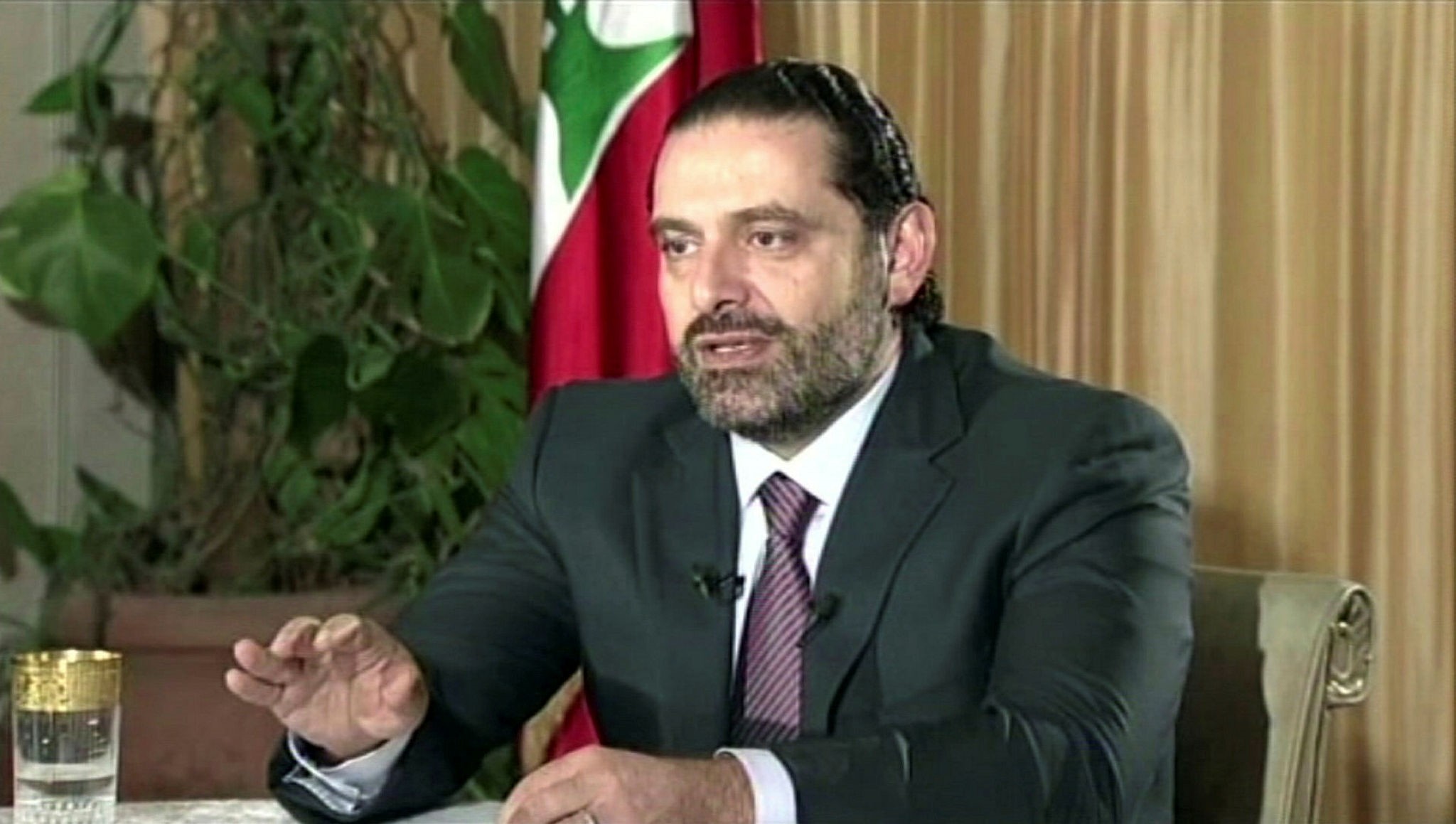 Iran said Monday that it does not interfere in Lebanon and that comments on Sunday by Saad al-Hariri, who resigned as Lebanese prime minister nine days ago, gave hope he would soon return to his country, state TV reported, according to Reuters.

"Hariri's remarks on Sunday gave small hope of the possibility of his return to Lebanon...Iran does not interfere in Lebanon's affairs," Foreign Ministry spokesman Bahram Qasemi was quoted as saying by state TV.

The resignation of the Saudi-allied Hariri's and its aftermath has put Lebanon back to the forefront of the conflict between Shiite-led Iran and its regional Sunni rival Saudi Arabia. Riyadh blames Lebanon's Iran-backed Hezbollah for the resignation, accusing it of hijacking Lebanese politics. Tehran has accused Riyadh and its allies of trying to stoke tension in the Middle East.

In a television interview on Sunday, Hariri said he would return to Lebanon within days and held out the possibility he could rescind his resignation if Hezbollah agreed to stay out of regional conflicts such as Yemen. The comments were his first in public since he quit from Riyadh on Nov. 4.

"I am free here. If I want to travel tomorrow, I will," Hariri said, as reported by AFP. "I will return to Lebanon very soon," Hariri said, adding later that he would land in Beirut "in two or three days."

"We cannot continue in Lebanon in a situation where Iran interferes in all Arab countries, and that there's a political faction that interferes alongside it," he repeated on Sunday in apparent reference to rival movement Hezbollah. "Maybe there's a regional conflict between Arab countries and Iran. We're a small country. Why put ourselves in the middle?"

As tensions heated up, the Arab League said it would hold an extraordinary meeting next Sunday at the request of Saudi Arabia to discuss "violations" by Iran in the region, according to a document shown to AFP by diplomats on Sunday.

Hariri has spent the past week in a string of meetings with diplomats and Saudi officials in Riyadh, including an encounter with Saudi King Salman. He left the kingdom once for a trip to Abu Dhabi.In his interview on Sunday, Hariri said he has "excellent" ties with Crown Prince Mohammed bin Salman in an apparent effort to put to rest rumours that the Saudi crown prince had pressured him to step down.

"Really, I consider him a brother and he considers me a brother. It's an excellent and special relationship," he said. But he refused to comment on the internal political turmoil in Saudi Arabia, where dozens of high-profile politicians and businessmen have been arrested in what authorities say is an anti-graft drive.

The two-time premier's father Rafik made his fortune in Saudi Arabia and also served as premier for years before he was assassinated in 2005. Saad cited fears for his life when he resigned from his post last week, less than a year after his unity government was formed with Hezbollah. Lebanese have expressed concern that the move could thrust the country into a political and economic tailspin, as it remains unclear who could replace Hariri.