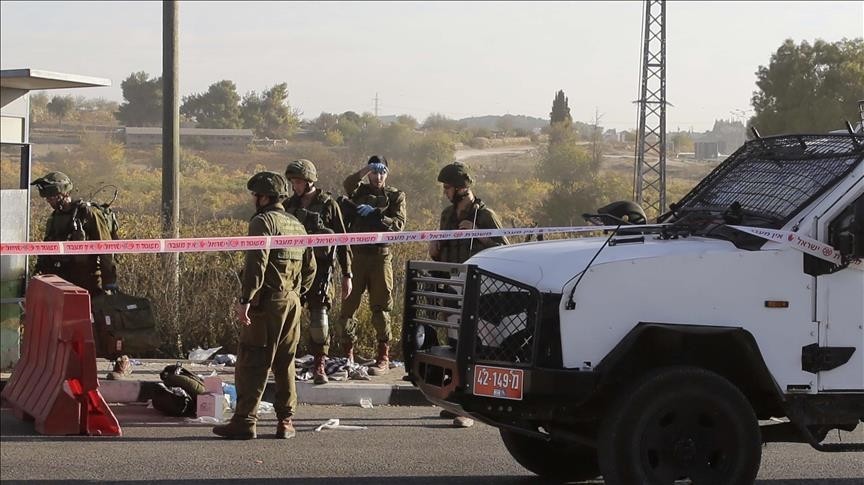 Israeli security forces stand guard after shooting a Palestinian man who allegedly injured an Israeli man with his car on the highway between Hebron and Bethlehem, West Bank on November 17, 2017 (AA Photo)
by Daily Sabah with AA
Nov 17, 2017 12:00 am

The Israeli army on Friday imposed a tight siege around the Palestinian town of Halhoul in southern West Bank.

In a statement, the army said it had imposed the siege after a Palestinian resident of the town allegedly injured two Israelis, attacking the nearby Gush Etzion settlement, which was built illegally on occupied Palestinian territory.

"After assessing the situation, army forces imposed a total siege on Halhoul," the statement read, adding that members of the alleged attacker's family had since been summoned for questioning.

Earlier Friday, Israeli troops shot and "neutralized" a young Palestinian man in the occupied West Bank after he allegedly tried to attack a group of Israelis, according to a separate army statement.

Local witnesses, however, told Anadolu Agency by phone that Israeli troops had opened fire on a Palestinian man -- without provocation -- as he drove from Bethlehem to the city of Hebron, leaving him injured.