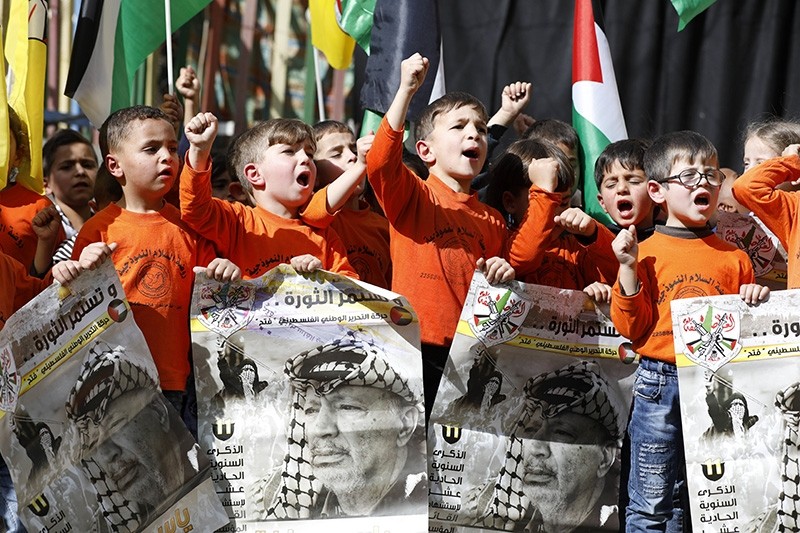 The U.S. State Department on Saturday refused to renew operating permission for the Palestine Liberation Organization's office in Washington for the first time since the 1980s, a Palestinian official said.

The PLO, which the international community sees as representing all Palestinians, must have its permission to operate its premises in the American capital renewed every six months.

A U.S. State Department official cited "certain statements made by Palestinian leaders" about the International Criminal Court as the reason behind the non-renewal.

Palestinian president Mahmud Abbas' latest speech at the UN General Assembly, in which he suggested taking the issue of Israeli settlements to the ICC, may have been behind the U.S. stance.

He accused the U.S. of bowing to pressure from the government of Israeli Prime Minister Benjamin Netanyahu, just as he said the Palestinians are "trying to cooperate to achieve the ultimate deal."

Erekat said the Palestinians have conveyed their intention to cut off talks if the office is closed in a letter to the Trump administration. The threat comes as the U.S. is trying to broker an Israeli-Palestinian peace deal.

Netanyahu's office says the closure is a "matter of U.S. law."

However, the declaration does not automatically mean the mission will close. Trump now has a 90-day window to decide whether "the Palestinians have entered into direct, meaningful negotiations with Israel" -- in which case he can waive the requirement to shutter the office.

The U.S. official said Washington is hopeful any "closure will be short-lived," emphasizing that "we are not cutting off relations with the PLO, nor do we intend to stop working with the Palestinian Authority."