Hariri to visit Egypt Monday before returning to Lebanon 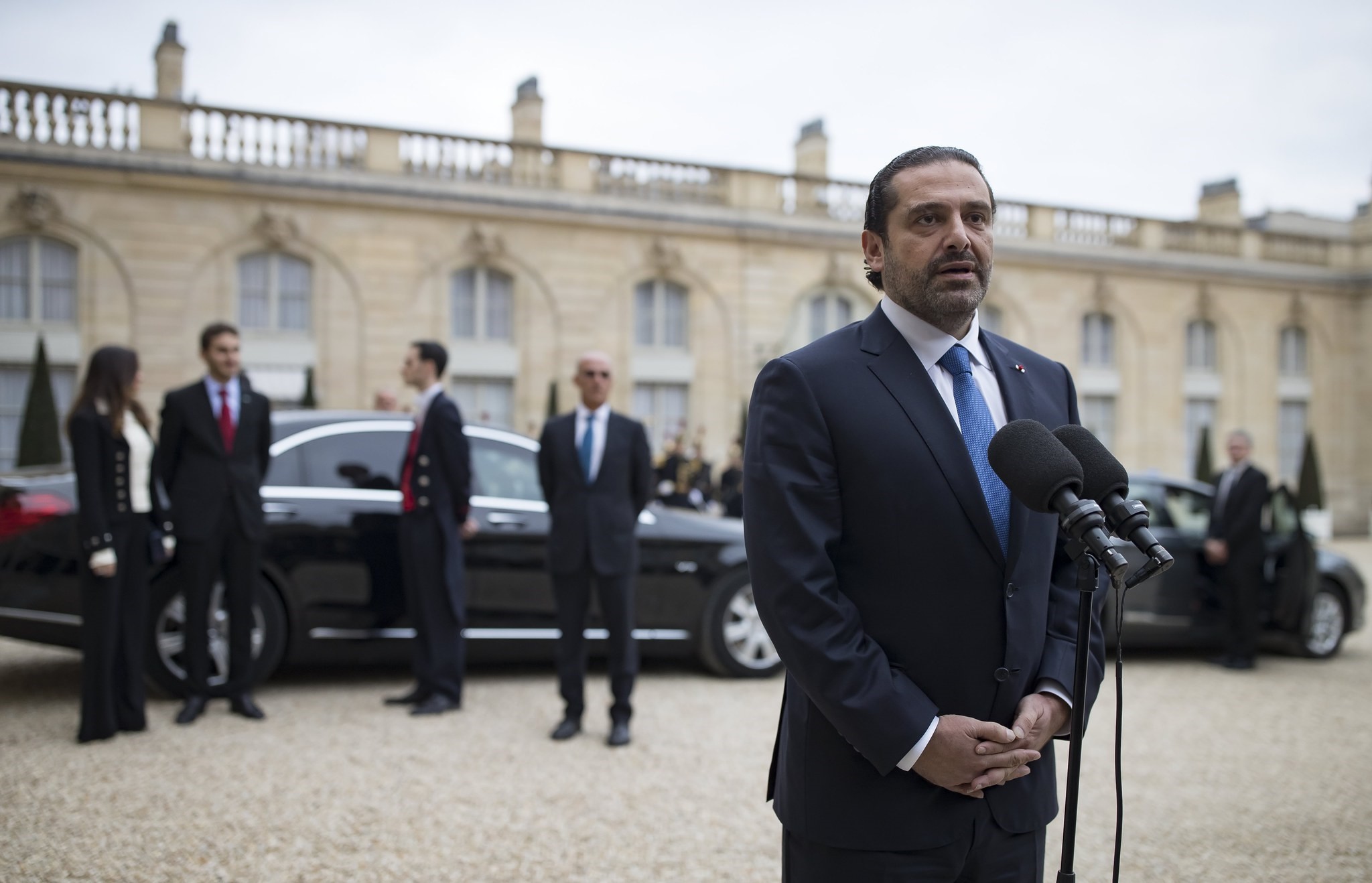 Saad al-Hariri, who announced his resignation as Lebanese prime minister from Saudi Arabia on Nov. 4, will visit Egypt on Tuesday, a leader in Hariri's Future Movement said.

Hariri has since Saturday been in Paris, where he met French President Emmanuel Macron, and has said he will return to Lebanon by Wednesday for its Independence Day celebrations.

Lebanese President Michel Aoun has said he will not accept Hariri's resignation until it is delivered in person and all sides in Beirut have called for his speedy return.

The resignation sparked a political crisis in Lebanon and put it on the front line of a regional power struggle between Saudi Arabia and Iran.

Hariri criticised Iran and its ally Hezbollah, a heavily armed grouping that is part of the Lebanese government, in his resignation statement, and said he feared assassination. Apart from a brief trip to Abu Dhabi, he remained in Saudi Arabia until he flew to France.

His stay in the kingdom led to accusations from Lebanese officials and politicians that Saudi Arabia had coerced him to resign, which he and Riyadh denied.

On Friday, Hariri tweeted that his presence there was for "consultations on the future of the situation in Lebanon and its relations with the surrounding Arab region".

On Sunday, Arab League foreign ministers held an emergency meeting in Cairo, requested by Saudi Arabia, to discuss ways to confront Iran and Hezbollah over their role in the region. Lebanese Foreign Minister Gebran Bassil did not attend.