Iran's Rouhani declares end of Daesh ahead of summit with Erdoğan, Putin 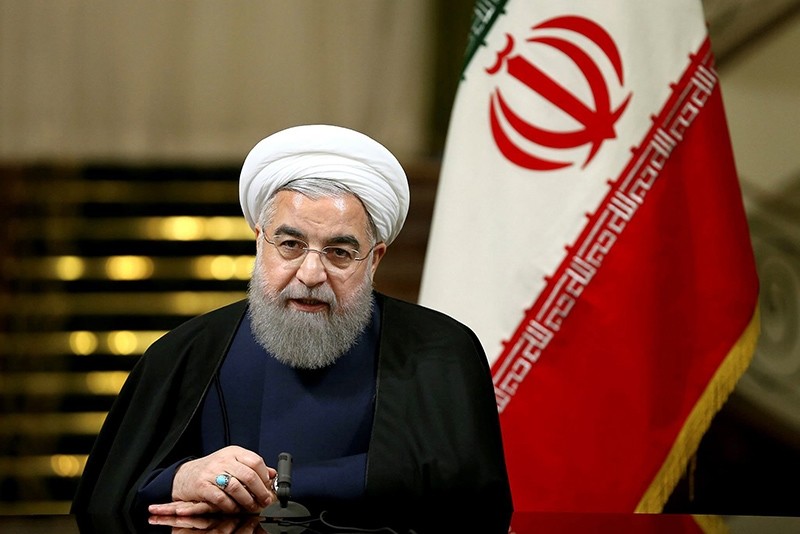 A senior commander of Iran's Revolutionary Guards, Major General Qassem Soleimani, also declared the end of Daesh in a message sent to the country's supreme leader which was published on Sepah News, the news site of the Guards.

Videos and pictures of Soleimani, who commands the Quds Force, the branch of the Guards responsible for operations outside of Iran's borders, at frontline positions in battles against Daesh in Iraq and Syria have been posted frequently by Iranian media in recent years.

Last week, Iranian media published pictures of Soleimani at Albu Kamal in eastern Syria, a town which Soleimani said Tuesday was the last territory retaken from Daesh control in the region.

The Revolutionary Guards, Iran's most powerful military force which also oversees an economic empire worth billions of dollars, has been fighting in support of the Assad regime in Syria and the central government in Iraq for several years.

More than a thousand members of the Guards, including senior commanders, have been killed in Syria and Iraq.

Rouhani will travel to Russian Black Sea resort city of Sochi on Wednesday to meet with with President Recep Tayyip Erdoğan and Russian President Vladimir Putin. The trilateral summit's main topic is expected to be the situation in Syria.

The leaders will discuss the progress on reducing violence in Syria and de-escalation zones, which were established after the Astana talks.

They will also handle the delivery of humanitarian aid to Syria and possible contributions to the Geneva process towards a political solution in the country under the U.N. Security Council Resolution 2254.

The resolution adopted December 2015 endorsed a road map for peace process in Syria.

Turkey and Russia, together with Iran, are the guarantor countries which brokered a cease-fire in Syria in December 2016, leading to the Astana, Kazakhstan talks, which ran parallel to U.N.-backed discussions in Geneva to find a political solution to the six-year war.