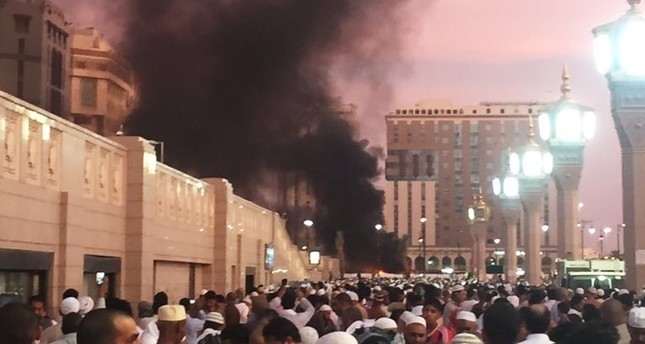 The U.S. State Department on Tuesday issued a travel warning for its citizens traveling to Saudi Arabia, saying that threats of terror attacks and ballistic missiles persist in the Kingdom.

"The State Department warns U.S. citizens to carefully consider the risks of travel to Saudi Arabia due to continuing threats from terrorist groups and the threat of ballistic missile attacks on civilian targets by rebel forces in Yemen," the department said.

The warning superseded the previous version issued by the department on March 29, 2017.

"Terrorist threats persist throughout Saudi Arabia, including in major cities such as Riyadh, Jeddah, and Dhahran, and attacks can occur without warning anywhere in the country. Terrorist groups, including ISIS and its affiliates have targeted both Saudi and Western government interests, mosques and other religious sites (both Sunni and Shia), and places frequented by U.S. citizens and other Westerners," the department said, using an alternative acronym for the Daesh terrorist group.

Reminding the October 7 terror attack against a Saudi government installation in Jeddah, the department added that "sectarian issues in the Qatif region in the Eastern Province resulted in several attacks against Saudi forces conducting security operations there."

"Saudi security forces continue to vigorously counter terrorist activities, having successfully disrupted multiple terrorist attacks and killed or detained several high-profile ISIS members. On June 23, Saudi authorities announced they had foiled an attack on the Grand Mosque in Mecca when a suicide bomber blew himself up during a security operation," the statement said, adding that Saudi authorities have announced the arrest of several suspects "in possession of suicide belts and materials for construction of improvised explosive devices intended for use in an attack on the Ministry of Defense in Riyadh."

The warning also included the ongoing conflict in Yemen, saying that it continues to spill over into Saudi Arabia. "In the past year, rebels have fired several long-range missiles into Saudi Arabia capable of reaching the vicinities of Riyadh and Jeddah, and they have publicly stated their intent to continue doing so. The most recent attack on November 4 resulted in debris falling near King Khalid International Airport north of Riyadh."

"U.S. government personnel and their families are prohibited from traveling to any area within 50 miles of the Saudi-Yemeni border, including the cities of Jizan and Najran. As a result, the U.S. Mission's ability to provide consular assistance in this region is limited, and U.S. citizens should not travel to this area," the department said, urging officials and citizens to stay away from dangerous areas.