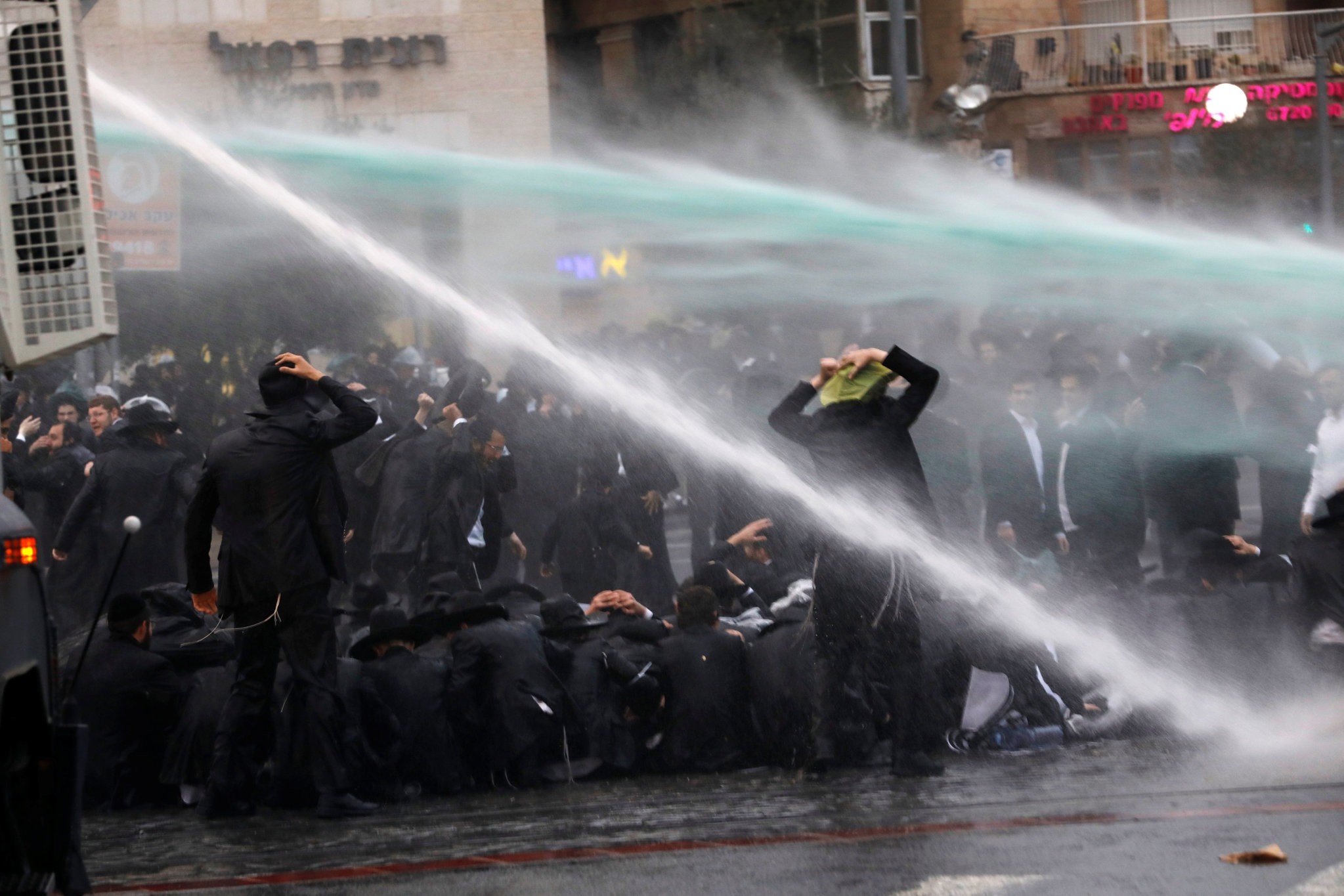 Police arrested 35 people Sunday as hardline religious Jews staged the latest in a wave of protests over attempts to force them to do military service like their secular counterparts.

A police statement said those held included people who tried to block traffic in Jerusalem during the protest, while some had "used violence against security forces".

A series of such protests in recent months has been spurred by the occasional arrest of young ultra-Orthodox men accused of dodging military service.

Israeli law requires men to serve two years and eight months in the military on reaching the age of 18, while women must serve for two.

Ultra-Orthodox men are exempt from military service if they are engaged in religious study, but must still report to the army to receive their exemption.

Those who are not exempt must enlist and are subject to arrest by military police if they refuse to do so.

In September, a decision by Israel's supreme court struck down the law exempting them.

But the court suspended its ruling for a year, giving the government time to pass new legislation.

Separately Sunday, Health Minister Yaakov Litzman, an ultra-Orthodox leader, quit his post over work carried out by the state on the railways on the Sabbath, the Jewish day of rest.

However, a spokesman for Litzman said his United Torah Judaism party would remain in the governing coalition "at this stage", preserving Prime Minister Benjamin Netanyahu's slim parliamentary majority.