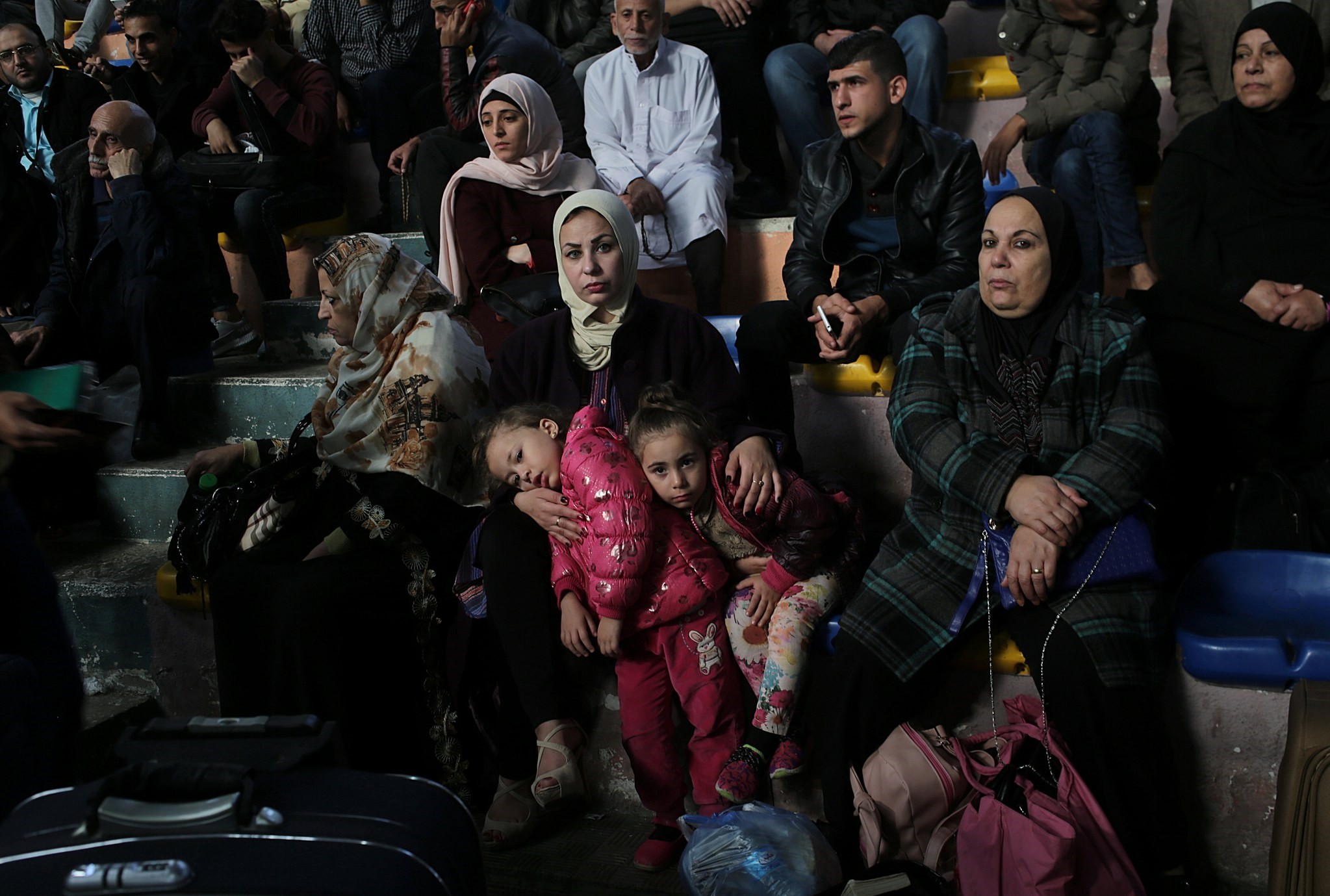 Palestinians wait to cross Rafah border with Egypt, in the Palestinian side, southern Gaza Strip, 18 November 2017. (EPA Photo)
by Compiled from Wire Services Dec 02, 2017 12:00 am

Palestinian group Hamas on Saturday called on the Fatah-led Palestinian government in Ramallah to lift sanctions on the Gaza Strip or resign.

"We demand that the government of (prime minister) Rami Hamdallah assume its responsibilities in full and lift the unjust sanctions imposed on our people in Gaza," said Hamas in a statement.

In a statement, Hamas said the government had fully assumed responsibilities in the Gaza Strip.

"However, it has continued to impose unfair sanctions on our people and failed to heal the rift and implement the agreements reached in Cairo," it said.

The PA, in a statement of its own, dismissed the charges as "irresponsible".

In April, Palestinian President Mahmoud Abbas took a number of punitive measures as a way of piling pressures on Hamas to relinquish its control of Gaza.

The measures included cutting the salaries of Gaza-based employees by 30 percent, reducing the provision of electricity to the territory, and forced retirement of around 6,000 employees.

In October, Hamas and Fatah -- Palestine's two leading political movements -- signed a landmark reconciliation agreement in Cairo aimed at healing their decade-long rift after Hamas captured Gaza from Fatah in 2007 after days of street fighting.

Despite the signs of warming relations between the two rival factions, the Ramallah-based government has yet to reverse any of the sanctions it had imposed.