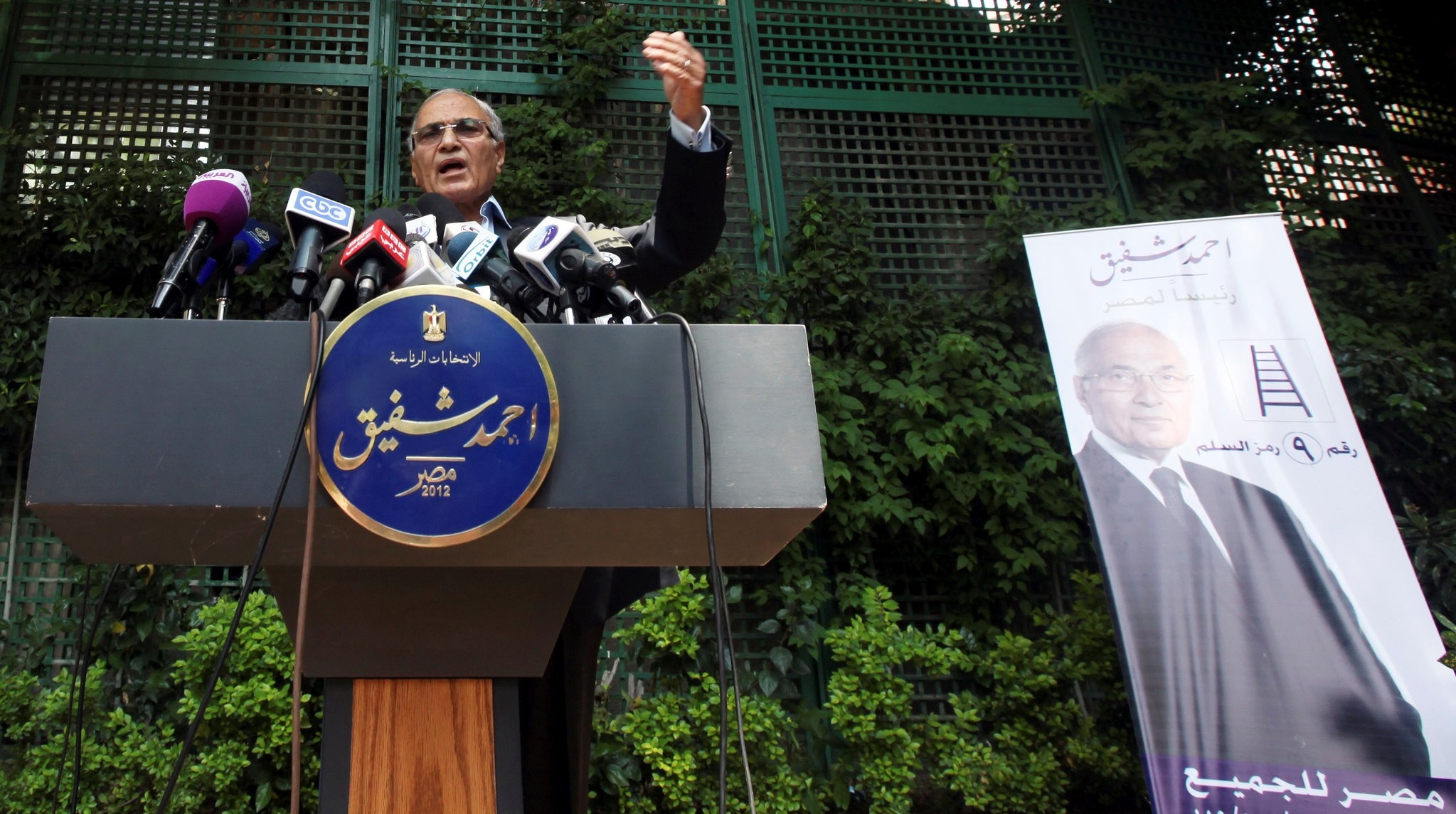 UAE officials on Saturday deported former Egyptian premier and presidential hopeful Ahmed Shafiq from the Gulf country he had been living in since 2012 to Egypt after he announced his candidacy in upcoming elections, two of his aides told AFP.

Shafiq landed in Cairo airport on Saturday evening and quickly left to an unknown destination, an airport official said.

The move comes days after Shafiq, in exile in the UAE since 2012, announced his candidacy in next year's election and then said he was being prevented from leaving the country, angering his Emirati hosts.

The UAE state news agency WAM had reported that Shafiq left the country for Egypt, while his family stayed behind, but did not mention that he had been deported.

Shafiq, a former army general appointed as prime minister by Hosni Mubarak, had narrowly lost an election to President Mohamed Morsi in 2012, a year after Mubarak's overthrow.

He was placed on trial after the polls on corruption charges and acquitted, and one of Shafiq's lawyers said last year that he was free to return to Egypt.

One aide said she witnessed officials arriving at his Abu Dhabi house and was told that Shafiq, seen as a main challenger to President Abdel Fattah al-Sisi, would be deported to Egypt on a private plane.

"They took him from the house and put him on a private plane. They said he would go back to Cairo, because they can deport him only to his home country," she said.

Another aide confirmed to AFP that he would be deported to Cairo, and his lawyer Dina Adly wrote on Facebook that Shafiq had been "arrested" to be sent home.

An aide had previously said Shafiq would leave the UAE over the weekend for France and other European countries before returning to Egypt.

After he announced his candidacy on Wednesday, pro-government media and some officials assailed Shafiq, who is seen as the only challenger to Sisi with even a remote chance of winning a large number of votes.

Another tentative candidate, leftist Khaled Ali, is facing legal troubles that may prevent him from registering, while a hitherto unknown army colonel has also announced his candidacy.

Sisi, a former army chief who toppled Morsi in 2013 following mass protests against the Islamist, won an election in 2014.

He is certain to run in next year's election, although he has not formally announced his candidacy yet.

The authorities under Sisi had launched a bloody crackdown on Morsi's Muslim Brotherhood group that extended to secular and other dissidents as well.

Sisi has undertaken tough economic reforms that saw the Egyptian pound lose more than half its value while inflation sky rocketed, supported by an IMF $12 billion loan.

Yet he remains popular with many Egyptians who, wearied by years of tumult that decimated tourism and foreign investment, say the country needs a firm leader.

Egypt is also battling a deadly Islamic State group insurgency that the army has struggled to put out.

Last month, suspected Daesh gunmen massacred more than 300 worshippers in a Sinai peninsula mosque, provoking outrage in Egypt but also questions on why the Sufi-associated mosque had been unguarded after receiving threats from the Daesh terrorists.