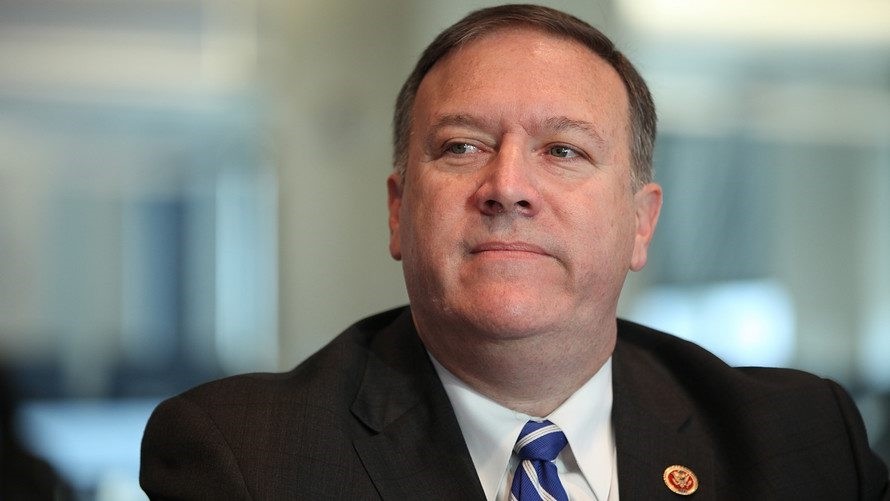 CIA Director Mike Pompeo said Saturday that he sent a letter to a top Iranian military official warning him that the United States would hold Tehran accountable for any attacks it conducted on American interests in Iraq.

Pompeo, who has voiced staunch opposition to Iran, said he sent the letter to Gen. Qassem Soleimani, a leader of Iran's Islamic Revolutionary Guard Corps and elite Quds Force, but the general didn't read it.

"I sent a note. I sent it because he had indicated that forces under his control might in fact threaten U.S. interests in Iraq," Pompeo said at a defense forum at the Ronald Reagan Presidential Foundation and Institute in Simi Valley, California. "He refused to open the letter — didn't break my heart to be honest with you."

"What we were communicating to him in that letter was that we will hold he and Iran accountable ... and we wanted to make sure that he and the leadership of Iran understood that in a way that was crystal clear."

Pompeo said Iran is working to strengthen its influence throughout the Middle East. As a Republican congressman from Kansas, Pompeo was highly critical of the Iran nuclear deal, which the U.S. and other nations negotiated with Tehran to lift sanctions in exchange for reductions in its nuclear program. Pompeo said Iran is currently in compliance with that agreement.

In a wide-ranging panel discussion, Pompeo would not answer questions about speculation that he could replace Rex Tillerson as secretary of state. Pompeo, an outspoken conservative, has a close relationship with President Donald Trump and personally delivers an intelligence briefing to the president nearly every day.

Pompeo declined to say whether he has had conversations with Trump about the possibility of replacing Tillerson, saying only that he was very focused on his job as CIA director.