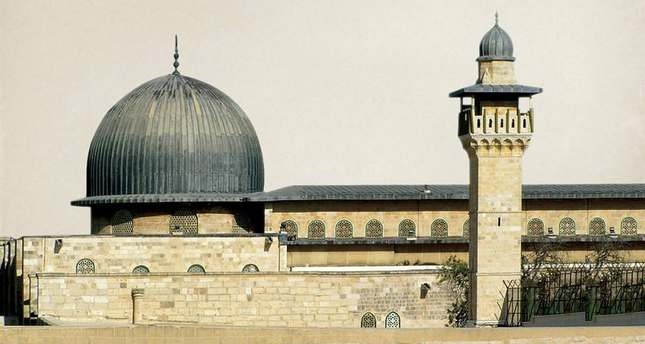 Jordan on Sunday sent a diplomatic letter of protest to Israel over ongoing Israeli violations in the Al-Aqsa Mosque, according to the country's official news agency.

The letter was sent to the Israeli Foreign Ministry, said a report in PETRA, which quoted Muhammad al-Momani, the state minister for media affairs and government spokesman.

Amman alleged Israel was allowing extremists into the courtyards of Al-Aqsa Mosque on a daily basis under the protection of Israeli police.

"Such provocative and irresponsible acts are condemned and rejected and violate Israel's obligations as the occupying power in East Jerusalem under international law and international humanitarian law," Al-Momani said, according to the report.

The minister said these acts violated all international norms and charters that emphasized the need to respect places of worship for all religions, and inflamed the passions of Muslims everywhere.

Momani added that the Israeli government had allowed extremists to ascend to the roof of the Qubbat al-Sakhrah Mosque (Dome of the Rock) earlier on Sunday, in an attempt to "change the historical and legal situation in the Al-Aqsa Mosque". 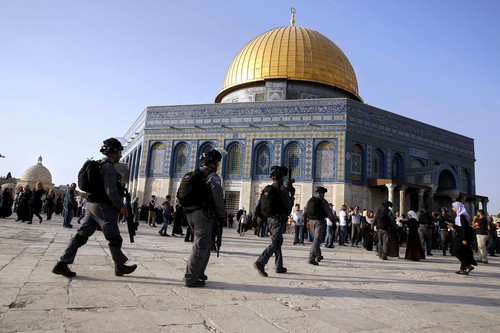 This file photo shows Israeli police officers walking next to the Dome of the Rock Mosque, Thursday, July 27, 2017. (AP Photo)

He said such provocative measures needed to be immediately stopped, and the historical status of the mosque preserved. The minister also stressed the need to respect the Jordanian role towards holy sites in East Jerusalem in line with a peace treaty between the two countries.

For Muslims, Al-Aqsa represents the world's third holiest site. Jews refer to the area as the "Temple Mount," claiming it was the site of two Jewish temples in ancient times.

Israel occupied East Jerusalem -- in which the Al-Aqsa is located -- during the 1967 Middle East War. It later annexed the entire city in 1980, unilaterally claiming it as the capital of the self-proclaimed Jewish state.