Saudis might have failed to hit missile fired by Houthis in November, analysis shows 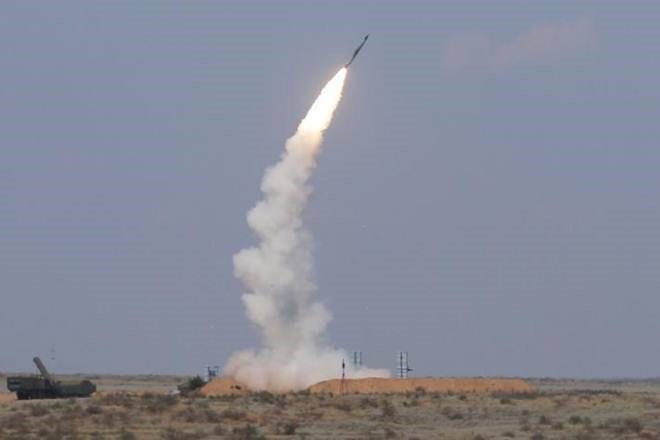 Saudi Arabia claimed last month that it successfully intercepted a missile launched by Houthis from Yemen in November, however, the analysis of photos and videos of the strike tell a different story.

Evidence analyzed by a research team of missile experts suggested that the missile's warhead was unimpeded and about to hit Riyad Airport, and was detonated close enough to terrify people in the domestic terminal, the New York Times reported Monday.

Several U.S. officials cited lack of evidence that the missile was hit by Saudis, saying the missile's body and warhead may have come apart due to sheer speed and force.

Jeffrey Lewis, an analyst who led the research team, told the New York Times that governments lie about their missile defense systems or are misinformed of its capabilities.

Lewis and his fellow colleagues looked into social media to find clues as to whether Saudi Arabia's claim to have shot the missile down was in fact correct.

Saudi authorities said the debris of Burqan-2 showed they successfully shot down the missile. However, an analysis of the debris showed that the part of the missile that carries the explosives was missing.

The findings suggest that Saudis either missed the missile or hit the tube after the warhead was separated and continued toward its target.

The report by the NYT said the evidence Saudis presented of their successful interception may have simply been the missile ejecting its tube as intended.

Around the same time debris crashed in Riyadh, a handful of people reported an explosion at the domestic terminal at Riyadh's King Khalid International Airport.

Another video showed smoke rising at the end of the runway as emergency vehicles reached the area. Contrary to Saudi officials' claim that some debris from the intercepted missile landed at the airport, it is quite difficult for one piece to fly 19 kilometres (12 miles) beyond the rest of the debris.

Lewis said Houthis got close enough to show that their missiles can reach their targets and evade Saudi defenses, to an extent even Houthis themselves would not be able to grasp.

"The Houthis got very close to creaming that airport," Lewis said.

The November attack was the deepest strike inside the kingdom since the war between the Saudi-led coalition and the Houthis and their allies began in March 2015.