EU warns US to avoid changes in Jerusalem’s status 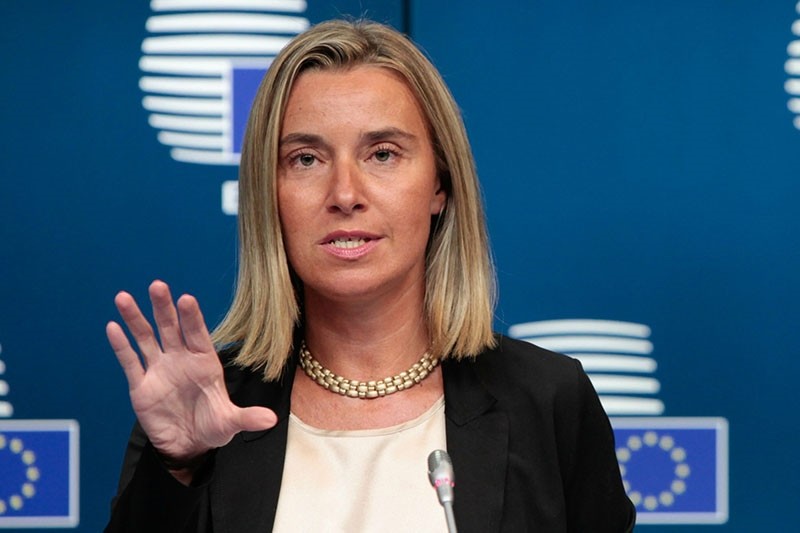 The European Union on Tuesday warned of possible "serious repercussions" if U.S. President Donald Trump decides to recognize Jerusalem as the Israeli capital and move the U.S. embassy there.

Trump on Monday delayed a decision on the highly contentious issue -- a crucial question in the Israeli-Palestinian conflict -- after public warnings from allies and private phone calls between world leaders.

The EU, which supports a two-state solution to the conflict, warned against doing anything that would jeopardize the peace process.

"Since early this year, the European Union was clear in its expectation that there can be reflection on the consequences that any decision or unilateral action affecting Jerusalem's status could have," Mogherini's office said in a statement.

"It might have serious repercussions on public opinion in large parts of the world," it added.

"The focus should therefore remain on the efforts to restart the peace process and avoiding any action that would undermine such efforts."

Trump has yet to make his final decision, US officials have said, but he is now expected to stop short of moving the embassy to Jerusalem -- though he may still recognize the city as Israel's capital.

Jerusalem remains at the core of the perennial Israel-Palestine conflict, as Palestinians want Israeli-occupied East Jerusalem as the capital of a future state, whereas Israel unilaterally declares Jerusalem as its capital, without foreign recognition.

Both Israelis and Palestinians claim Jerusalem as their capital and previous peace plans have stumbled over debates on whether, and how, to divide sovereignty or oversee holy sites.

The 28-nation EU said it would "continue to engage with both parties and its international and regional partners" to support a resumption of a meaningful peace process.

On Monday, French President Emmanuel Macron expressed his "concern about the possibility that the United States unilaterally recognize Jerusalem as the capital of the state of Israel."

Macron told Trump over the phone "that the question of the status of Jerusalem will have to be settled within the framework of peace negotiations between Israelis and Palestinians, aiming in particular at the establishment of two states, Israel and Palestine, living side by side in peace and safe with Jerusalem as capital," read an Elysee statement.

Israel captured East Jerusalem during the 1967 Arab – Israeli War and continues its occupation in whole West Bank despite the 1948 Agreement.