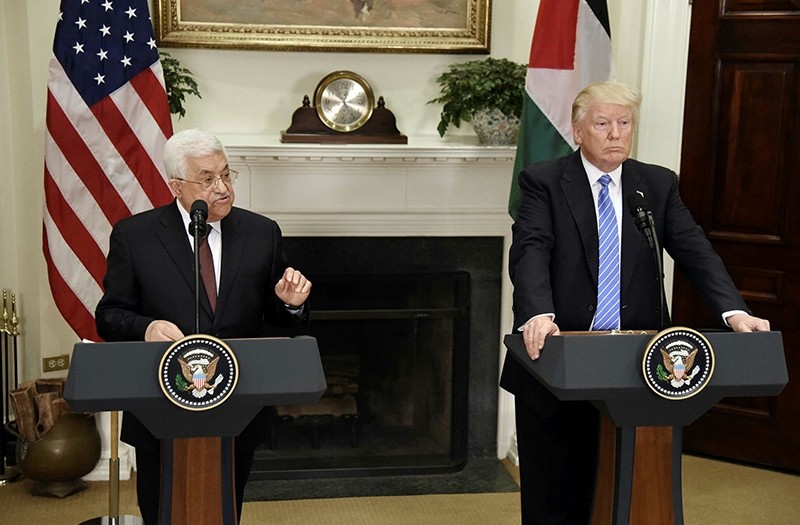 The official, who spoke to the French Press Agency (AFP) on condition of anonymity, did not provide any details of the conversation.

The phone call came with Palestinian leaders warning that U.S. recognition of Jerusalem as Israel's capital would ruin Trump's efforts to reach an Israeli-Palestinian peace deal.

Numerous world leaders, including Turkey, the EU, Jordan and the Arab League, warned that recognition of Jerusalem as Israeli capital could cause violence.

Trump has yet to make his final decision, U.S. officials have said, but he is now expected to stop short of moving the embassy to Jerusalem — though he may still recognize the city as Israel's capital.

Jerusalem remains at the core of the perennial Israel-Palestine conflict, as Palestinians want Israeli-occupied East Jerusalem as the capital of a future state, whereas Israel unilaterally declares Jerusalem as its capital, without foreign recognition.

Both Israelis and Palestinians claim Jerusalem as their capital and previous peace plans have stumbled over debates on whether, and how, to divide sovereignty or oversee holy sites.