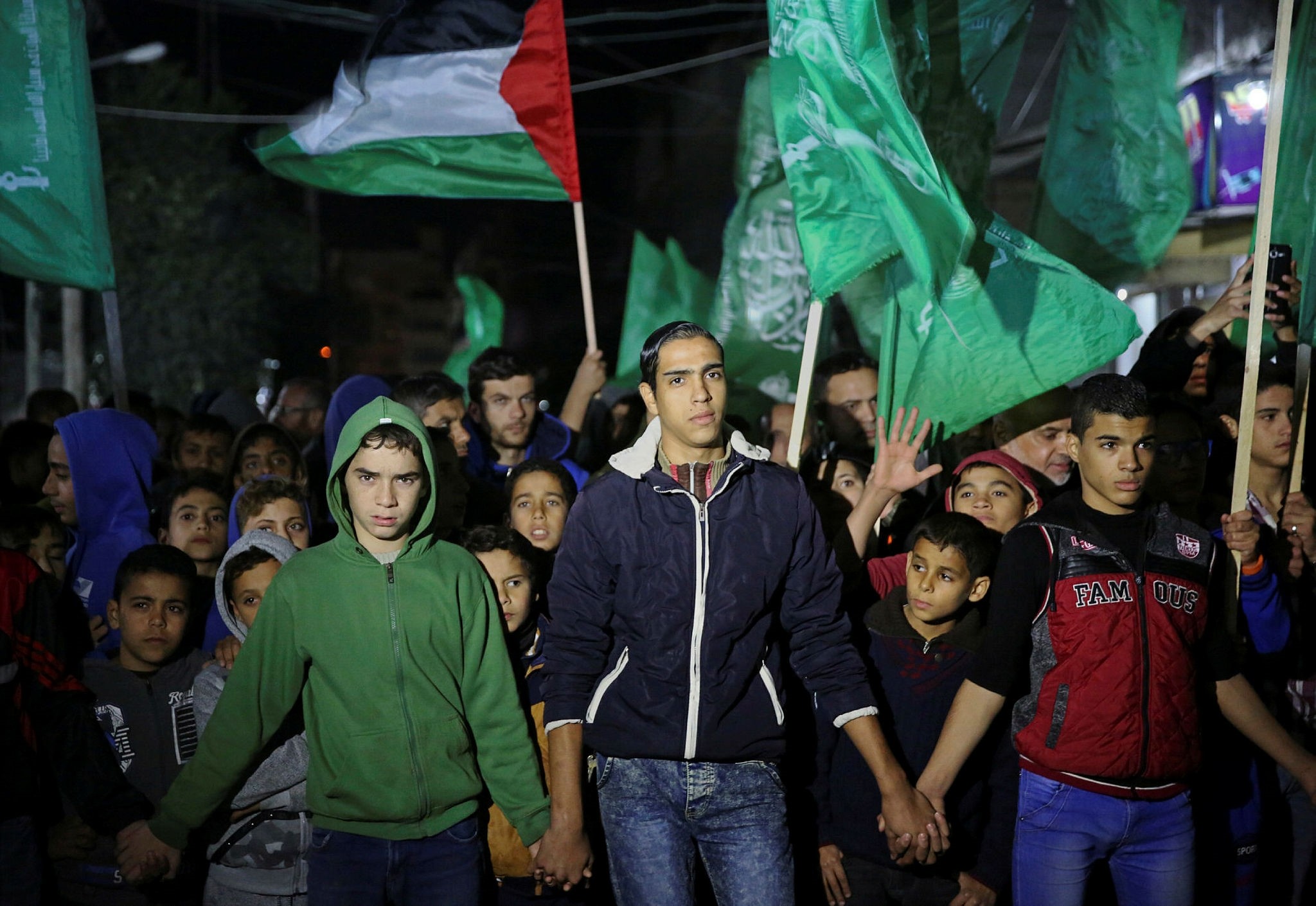 Palestinian resistance group Hamas said late Wednesday that U.S. President Donald Trump's decision on to recognize Jerusalem as Israel's capital would "open the gates of hell" on U.S. interests in the region.

"This decision will open the gates of hell on U.S. interests in the region," Ismail Radwan, an official from the group that governs the Gaza Strip, told journalists after Trump's announcement.

He called on Arab and Muslim-majority states to cut off economic and political ties with the U.S. embassy and expel American ambassadors "to cripple" this decision.

The head of the resistance group also accused Trump of disregarding Palestinian feelings with the move.

Ismail Haniyeh said in a statement that the Palestinian people "know how to respond properly to the disregard of their feelings and sanctuaries."

He added that the decision "will not change the facts of history and geography."

As part of his election campaign, Trump pledged to relocate the country's embassy in Israel from Tel Aviv to Jerusalem. The recent move has been opposed by a number of world powers, including France, the U.K., EU, Turkey and the Arab League.

Turkey has strongly reacted against the decision and warned the U.S., while President Erdoğan warned the country could cut diplomatic relations with Israel over the move.