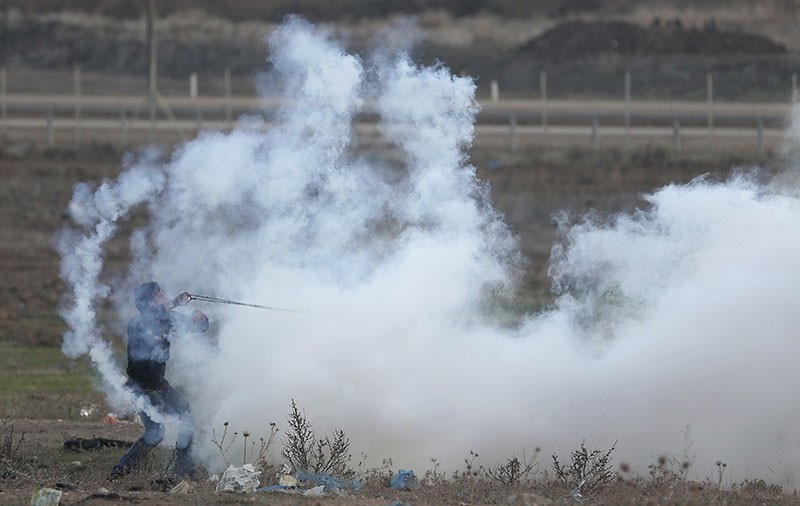 A Palestinian protester throws back a teargas canister that was fired by Israeli soldiers during clashes on the Israeli border with Gaza, Thursday, Dec. 7, 2017 (AP Photo)
by Anadolu Agency Dec 07, 2017 12:00 am

Israel has struck Gaza Thursday night with warplanes and tanks, according to the Israeli army.

The army said it fired at two targets of "terrorist organizations" in response to three rocket attacks from Gaza earlier on Thursday.

The Israeli rocket attacks reportedly landed in the Gaza Strip and on an empty field in southern Israel, injuring no one.

This latest report from the region comes after U.S. President Donald Trump's recognition of Jerusalem as Israel's capital.

On Wednesday, Trump announced the relocation of the U.S. embassy in Israel from Tel Aviv to Jerusalem -- a move which drew numerous negative reactions from Muslim communities around the world.