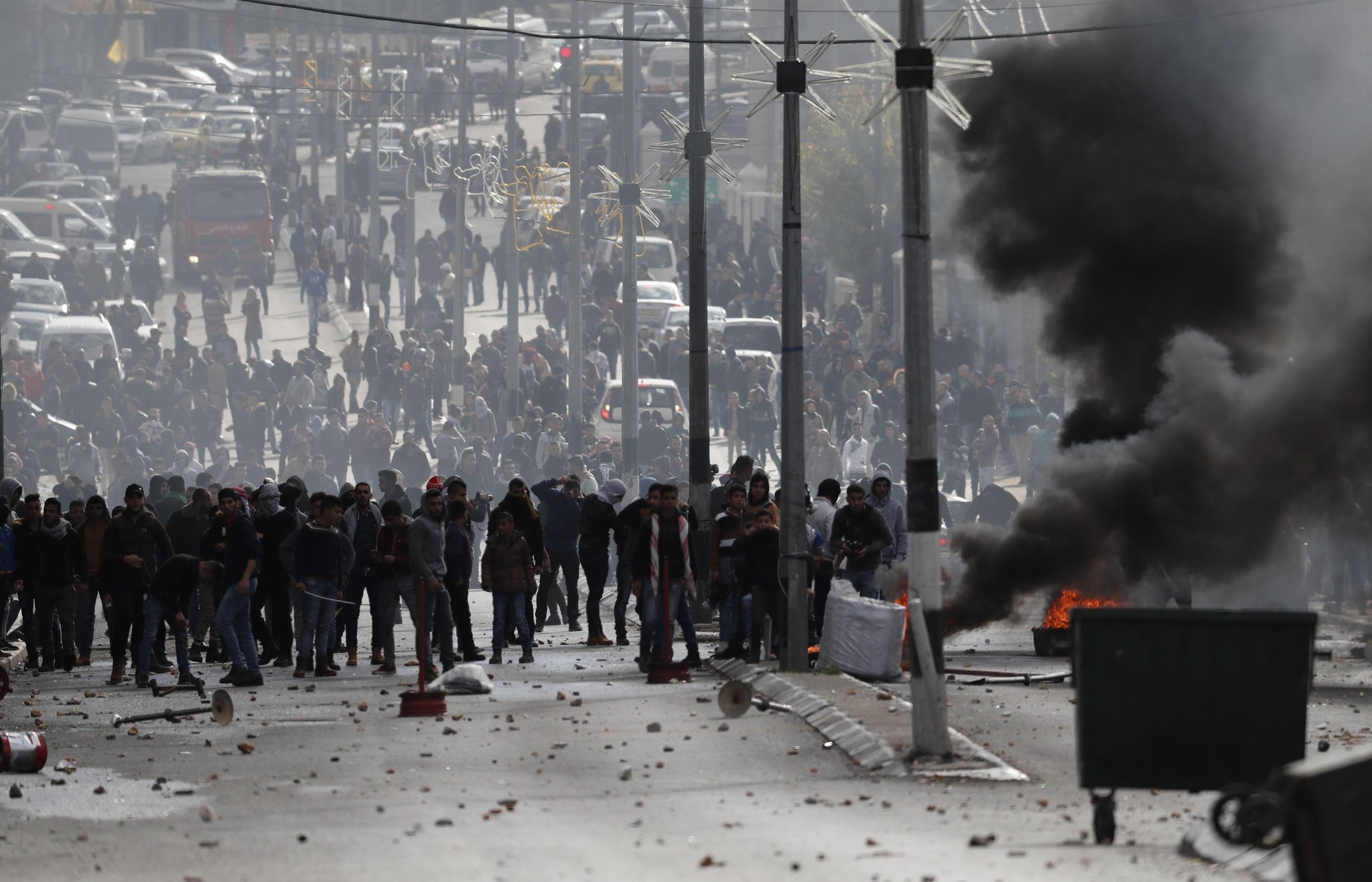 Palestinian protestors clash with Israeli forces near an Israeli checkpoint in the West Bank city of Bethelem on December 7, 2017. (AFP Photo)
by Daily Sabah Dec 08, 2017 12:00 am

According to Israel's Maariv daily, Israel's Construction and Housing Minister Yoav Galant said the government would promote the construction of 5,000 housing units in Atarot, and 5,000 units would be built in Reches Lavan.

In addition, 1,000 housing units will be constructed in Pisgat Ze'ev and the ministry is waiting for the approval of 3,000 units to be built in Katamon, Galant said.

Galant asserted that after Trump's move, there were no more reasons not to build in the city as "it was the undisputed capital of Israel."

He told the U.S. State Department to begin preparations for relocating the U.S. embassy in Israel from Tel Aviv to Jerusalem.

Trump's announcement garnered widespread international opposition from his European allies to Muslims countries in the region.

The dramatic shift in Washington's Jerusalem policy triggered demonstrations in the occupied Palestinian territories, Turkey, Egypt, Jordan, Tunisia, Algeria, Iraq and many other Muslim countries as well as the U.S.

International law views the West Bank and East Jerusalem as occupied territories and considers all Jewish settlement-building activity there illegal.

Nevertheless, roughly 500,000 Israelis now live in more than 100 Jewish-only settlements built on these territories since 1967.