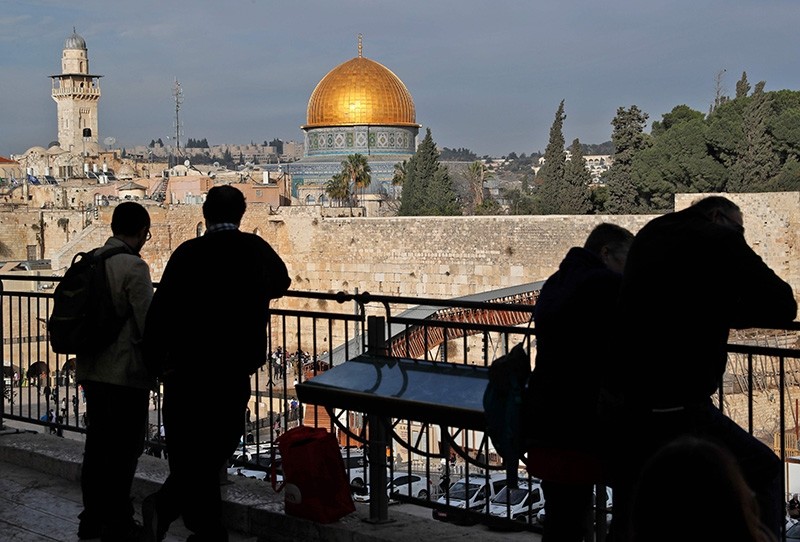 The U.S. decision to call Jerusalem the capital of Israel and to move its embassy from Tel Aviv has sparked international criticism, with many world leaders voicing concern and condemnation.

Amid ongoing worldwide protests against U.S. President Donald Trump's sharp policy change, questions have emerged regarding the status of Jerusalem.

While Israel considers Jerusalem as its capital, the world opposes this, saying the city's status should be determined in peace talks with Palestinians, who consider the eastern part of the city as their future capital.

Jerusalem was first put under international sovereignty and control with the 1947 U.N. Partition Plan, which recommended the division of historical Palestine between Jewish and Arab states in order to end the conflict in the region.

The U.N. opted for a special status, as Jerusalem is holy to Jews, Christians and Muslims.

However, during the 1948 Arab-Israeli war, Zionist forces declared western Jerusalem part of their state, ignoring the U.N. recommendation.

Israeli authorities intentionally extended the law to bring Jerusalem directly under the country's jurisdiction, which was considered by many as a breach of international law.

Israel then went on, passing the "Jerusalem Law" in 1980 to officially annex East Jerusalem.

This law was declared "null and void" by U.N. Resolution 478, which was immediately passed as a response to the Israel move.

Because of this, all international embassies to Israel are located in Tel Aviv.

World leaders have repeatedly underlined that the illegal annexation of East Jerusalem by Israel violated international law; however, Trump seems determined to fulfil his election campaign promise to the so-called Jewish state.

Palestinians in the occupied East Jerusalem live with the status of "statelessness," as they are neither granted Israeli nor Jordanian citizenship.

According to official figures, some 420,000 Palestinians are in possession of "permanent residency" cards valid in Israel and temporary Jordanian passports. This application, however, hinders Palestinians to be active in politics and serve at governmental posts.

In particular, the fact that Palestinians in East Jerusalem are regarded as foreign immigrants has been widely criticized by the international community.

Palestinians even face the risk of losing their residency if they live outside of East Jerusalem for a certain period of time.

As for Jews around the world, anyone is allowed to apply for Israeli citizenship under Israel's Law of Return.

Israeli authorities continue their evasion with new settlement projects, which are also condemned by the U.N.

The U.N. issued several resolutions, stating that Israel's settlement activity in the area contradicts the Fourth Geneva Convention, which aims to prevent occupying countries from resettling its own population into the occupied regions.

Official figures suggest that up to 200,000 Israeli citizens moved into East Jerusalem since 1967, living in settlements protected by the army and police.

The large plots of land and number of Israeli settlements increasingly restrict freedom of movement of Palestinians in East Jerusalem, in addition to their freedom of privacy and security.