Pope renews call for 'wisdom and prudence' over Jerusalem 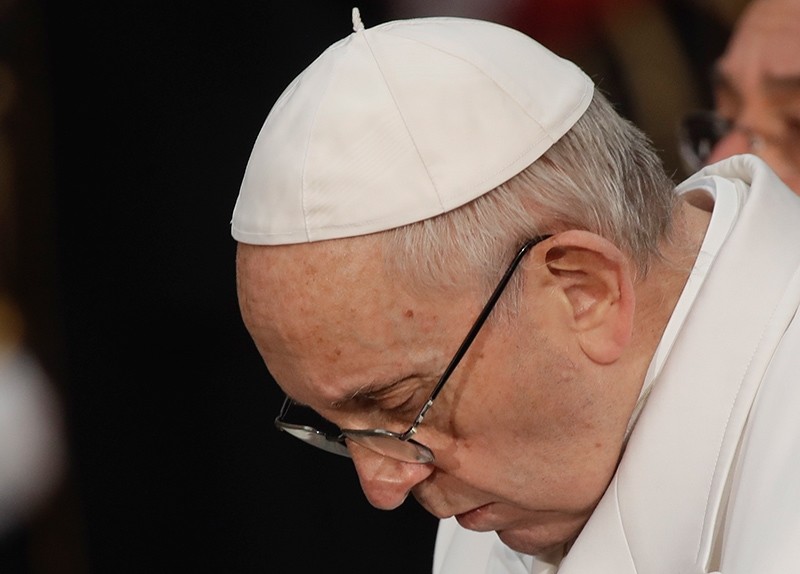 Pope Francis renewed a call Sunday for "wisdom and prudence" over U.S. President Donald Trump's controversial decision to recognize Jerusalem as Israel's capital, a move which has sparked protests and clashes.

"The Holy Father renews his appeal for the wisdom and prudence of everyone, and raises fervent prayers so that the leaders of nations, in this time of special gravity, commit themselves to avert a new spiral of violence," a statement from the Vatican said.

There were fresh protests in the Middle East and elsewhere Sunday over Trump's declaration, a move that drew global condemnation and sparked days of unrest in the Palestinian territories.

Noting that Jerusalem was sacred to Christians, Jews and Muslims, the pope reiterated the church's "well-known position concerning the singular character of the Holy City and the essential need for respecting the status quo."

"At the same time the Holy See reiterates its own conviction that only a negotiated solution between Israelis and Palestinians can bring a stable and lasting peace, and guarantee the peaceful co-existence of two states within internationally recognized borders," the statement added.