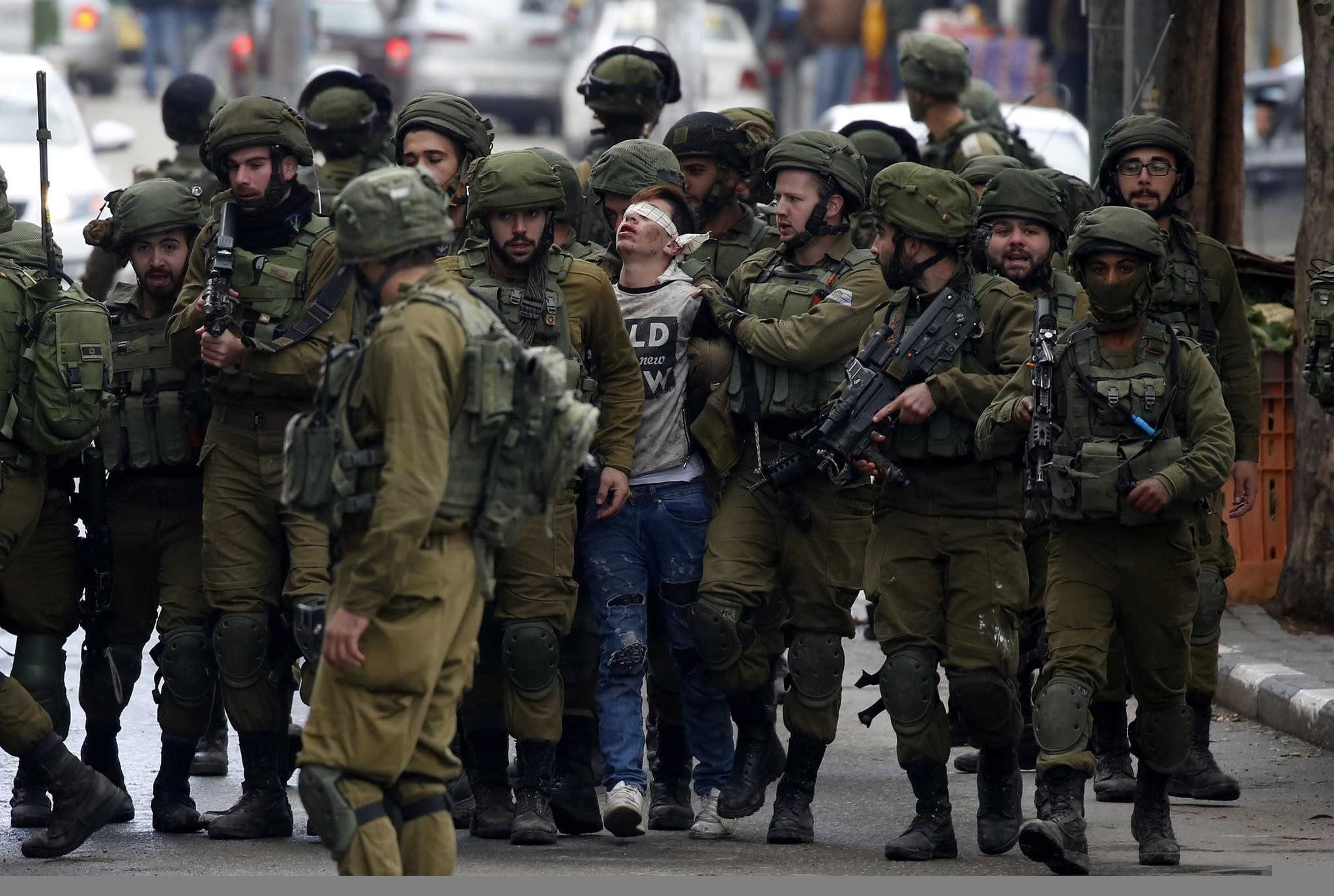 The 16-year-old Palestinian boy—whose photo of being dragged away blindfolded by dozens of Israeli soldiers has become a symbol of Jerusalem protests—is set to appear at an Israeli court Monday.

Fawzi al-Juneidi was detained in the occupied West Bank's Hebron while going to buy supplies for his family, his uncle Rashad al-Juneidi said Monday.

"He was badly beaten and detained by Israeli soldiers," Rashad said.

Fawsi's story is a familiar one among Palestinian families. At an early age, he had to drop out of school to support his family as the eldest of seven children.

Fawzi is his family's sole breadwinner as his father is bedridden and mother suffering from a terminal illness.

"Neither of the parents was healthy enough to even appear on camera," Rashad said, calling on international rights groups to intervene.

Wesam al-Hashlamon, an Anadolu Agency photographer who shot al-Juneidi's detention, said scores of Israeli soldiers had set up a trap for stone-throwing Palestinians in central Hebron.

"As the boy passed, he was detained and badly beaten by soldiers," he said. "They slammed him to the ground, put their boots on his body and blindfolded him before taking him into custody."

Khalid Kazmar, the director of the Palestinian branch of the Movement for Protection of World's Children, decried the Israeli policy of detaining Palestinian children.

"Hundreds of children have been detained by the Israeli army this year, most of them were in Jerusalem before being released shortly afterwards," he said.

According to the Palestinian Prisoners Society NGO, around 300 children are languishing in Israeli prisons.

Kazmar said some 700 Palestinian children have been court-martialed this year.

"Israel is the only country in the world where children are tried in military courts," he said.

"The fact that Palestinian children are subjected to custody and torture is a crime against humanity according to international law."