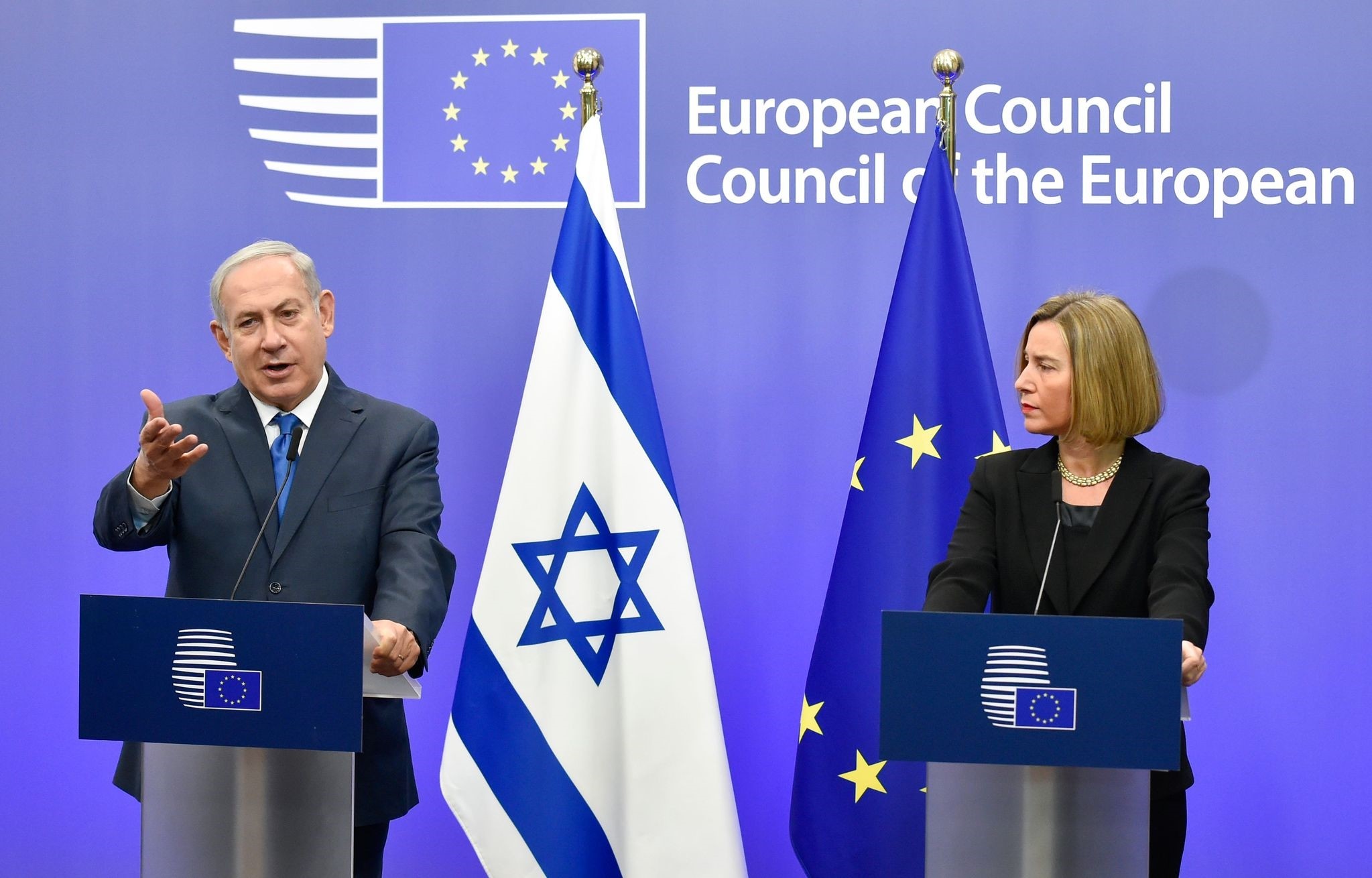 Israel's Prime Minister Benjamin Netanyahu speaks as EU foreign policy chief, Federica Mogherini looks on during a press conference at the European Council in Brussels on December 11, 2017. (AFP Photo)
by Compiled from Wire Services Dec 11, 2017 12:00 am

"It makes peace possible because recognizing reality is the substance of peace, the foundation of peace," Netanyahu told reporters as he was greeting by EU foreign policy chief Federica Mogherini before a meeting of EU foreign ministers in Brussels.

Netanyahu said Trump's move, condemned by the Palestinians, Muslim countries and by European governments, should be emulated by them.

"It's time that the Palestinians recognize the Jewish state and also recognize the fact that it has a capital. It's called Jerusalem," he said.

Netanyahu said he "believes" all, or most, of the European countries will move their embassies to Jerusalem, recognise Jerusalem as Israel's capital.

Mogherini in return, that the bloc would continue to recognize the "international consensus" on Jerusalem.

She repeated the Union's commitment to a two-state solution and that it was in Israel's interest to find a sustainable solution to its conflict with the Palestinians. The EU, she said, would step up its peace efforts and would hold talks with Palestinian President Mahmoud Abbas next month.

A demonstration condemning Netanyahu's visit is planned for later in the morning in Brussels.

Despite widespread international opposition, the U.S. president on Wednesday announced his decision to recognize Jerusalem as Israel's capital.

According to Trump, the U.S. State Department has been told to begin preparations for the relocation of the U.S. embassy in Israel from Tel Aviv to Jerusalem.