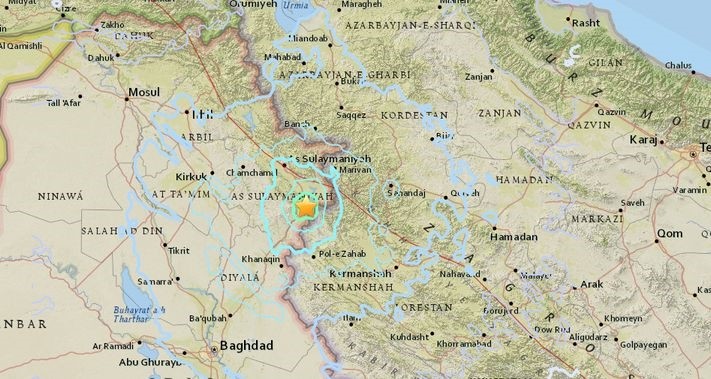 The center of the quake was near the town of Ezgele, but tremors were also felt in Kermanshah, the largest city in the area.

President Hassan Rouhani highlighted his government's efforts in bringing aid and temporary housing to the victims of last month's quake. Hardline rivals said the government response was not quick enough or adequate.

No reports of deaths or injuries have come in, the governor of Kermanshah province said, according to state media.

Iran is prone to near-daily quakes as it sits on major fault lines.