"We are united and one": Palestinian Christians and Muslims decry Trump's Jerusalem call 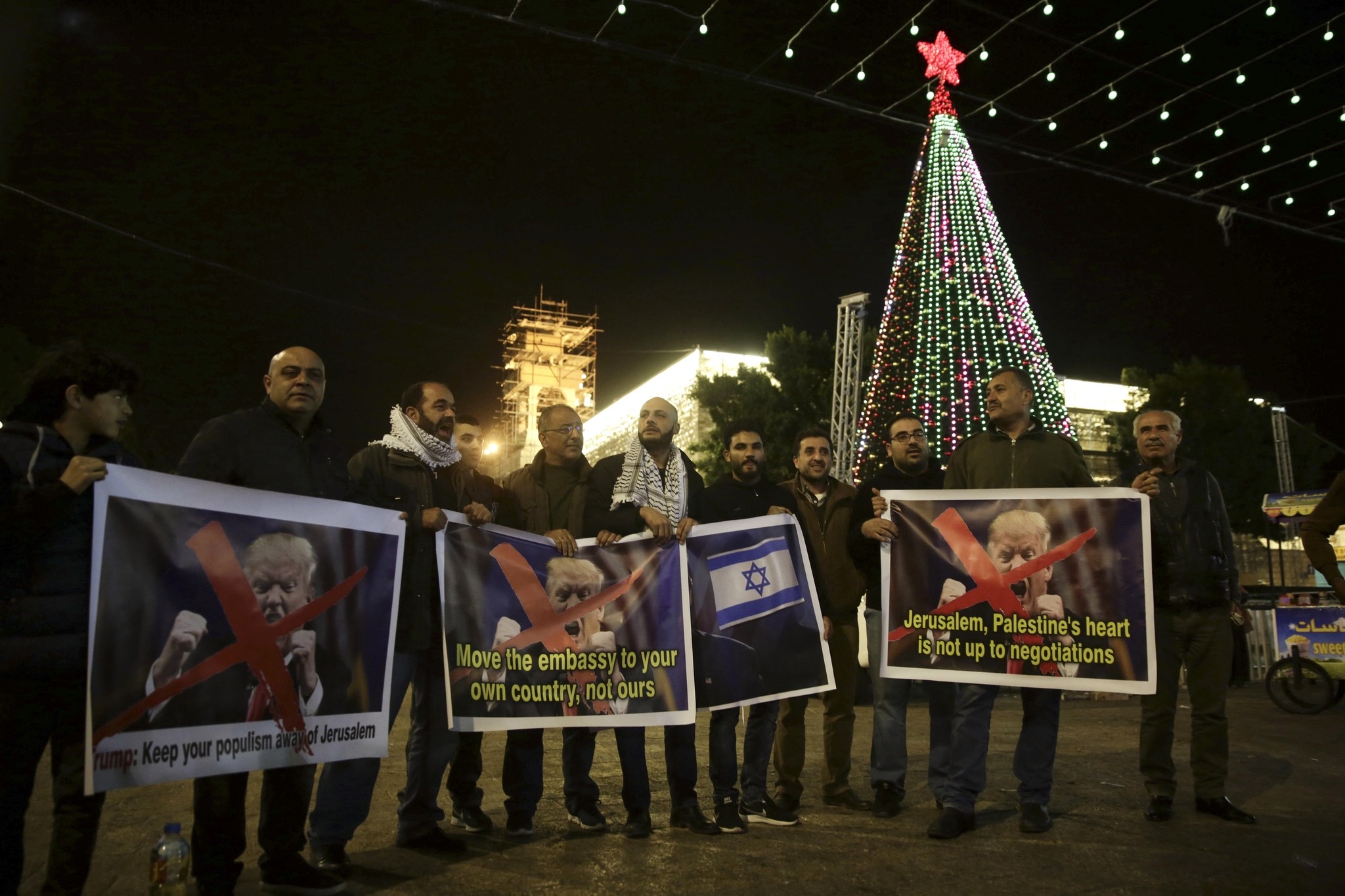 Less than an hour after U.S. President Donald Trump recognized Jerusalem as Israel's capital, Palestinians protested by turning off the lights on the Christmas tree outside Bethlehem's Church of the Nativity, the traditional birthplace of Jesus.

It was a timely reminder that while headlines focused on calls for uprisings and Trump's references to Jewish historical ties, the president's words also stirred deep feelings among the Palestinians' small Christian community.

Coming out of the Sunday service in his Assyrian Catholic church in Jerusalem, Fredrick Hazo accused Trump of "dragging all the world into trouble", and called on the U.S. leader to reverse his decision.

"We are united - Christians, Muslims, we are one," said the 59-year-old Palestinian musician, standing in an alley in the heart of the Old City, surrounded by shops selling religious trinkets.

He was frustrated by the politics, but confident the delicate balance the three faiths kept in the holy city would prevail. "In this sacred place, God is protecting us all. We are guarded by his angels in Jerusalem," Hazo added.

Christians make up around just one percent of the Palestinian population in Gaza, the West Bank and East Jerusalem - though they punch above their weight in local and national politics.

Back in July, Hazo protested alongside Muslims against Israel's installation of security scanners at the nearby al-Aqsa mosque - Islam's third holiest site - after two Arab-Israeli gunmen shot dead two Israeli police officers at the site.

It removed the metal detectors after days of bloody clashes, scenes that have not been repeated in the city since Trump's declaration.

The appeals to religious unity inside Jerusalem's walls stand in contrast to the more divided voices outside.

In the hours running up to Trump's statement, Pope Francis called for the status quo in the city to be respected. The Episcopal Church of the United States said Trump's announcement "could have profound ramifications on the peace process and the future of a two-state solution".

But Trump's decision found strong backing from another corner of the Christian community - many among his own country's politically powerful evangelicals who see God's hand in the modern-day return of Jews to a biblical homeland.

For Palestinian supermarket cashier Mohammed al-Hawa, however, Trump's words and the logic behind them ignored the more complex reality on the ground.

People of all faith in Jerusalem were united in prayer, the 33-year-old said, even if they were divided over politics.

"Christians, Jews and Muslims live in this city together. There is no problem between them. Only the politics. The governments want to make wars," he said.

"This is my city - my blood, my life," added a 70-year-old Palestinian, walking through the pilgrim-packed courtyard of Jerusalem's Church of the Holy Sepulchre, revered by Christians as the site of Jesus's tomb.

"I can go to the church, to anywhere in Jerusalem, not Trump nor Netanyahu can stop me," added the man who identified himself only as a "Jerusalemite".