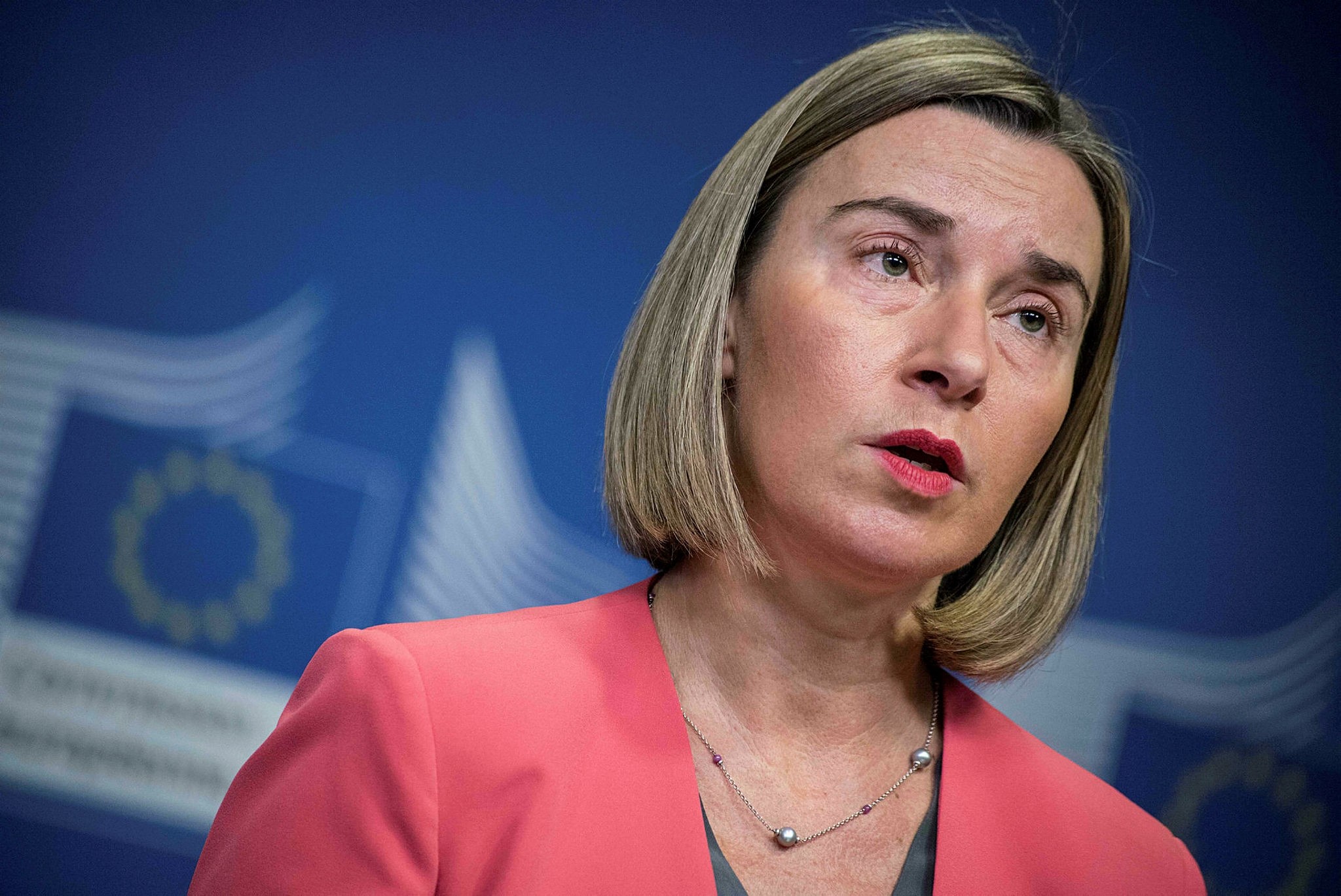 EU High Representative for Foreign Affairs and Security Policy Federica Mogherini addresses a press conference after a bilateral meeting with Indonesian Foreign Minister at the European Union Commission in Brussels on December 14, 2017. (AFP Photo)
by Anadolu Agency Dec 14, 2017 12:00 am

The EU's foreign policy chief on Thursday reiterated the bloc's view that Jerusalem is the "capital of two states" based on the 1967 borders.

Speaking to journalists ahead of the EU leaders' summit in Brussels, Frederica Mogherini said: "The world knows where the EU stands on Jerusalem.

"Capital of two states, the state of Israel and the state of Palestine with '67 lines. We are working now on giving this perspective. This will stay as the position of the European Union in any case."

U.S. President Donald Trump's announcement last week that the U.S. would recognize Jerusalem and move its embassy from Tel Aviv sparked demonstrations across the Muslim world.

Jerusalem remains at the heart of the Israel-Palestine conflict, with Palestinians hoping that East Jerusalem -- now occupied by Israel -- might serve as the capital of a Palestinian state.

At a summit in Istanbul this week, the Organization of Islamic Cooperation (OIC) issued a declaration recognizing East Jerusalem as Palestine's capital, and urging the rest of the world to do the same.