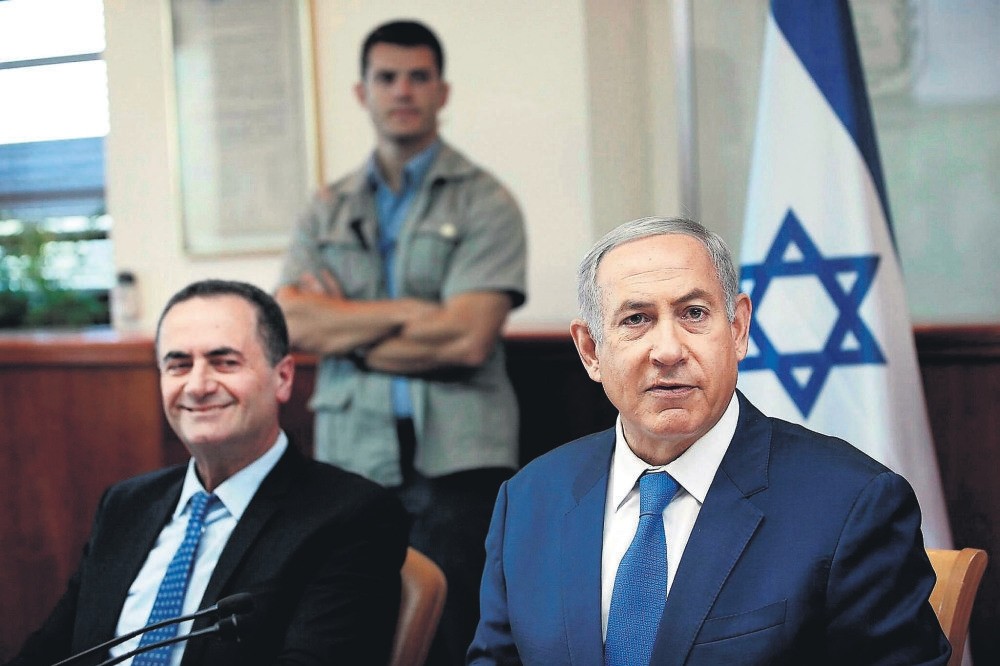 The Saudi-Israeli alliance, becoming apparent after President Trump's recognition of Jerusalem as Israel's capital, may throw Lebanon into the fire in an attempt to decrease Iran's power in the region

In a statement on Wednesday, Israeli Intelligence Minister Yisrael Katz said Israel might target Iranian military positions in Lebanon. He added that he is inviting Saudi Crown Prince Mohammad bin Salman to Israel, as Saudi Arabia is the leader of the Arab world and capable of monitoring the Palestinian-Israeli peace process. His statements were not surprising since the rapprochement between the Gulf and Israel became concrete after the Gulf preferred to keep silent on U.S. President Donald Trump's decision to move the U.S. Embassy in Tel Aviv to Jerusalem and recognize the city as Israel's capital despite UN resolutions.

Katz said Israel believes that Iran is building military positions in Lebanon. The minister said his country would take military action to prevent Iran's expansion in the already-troubled country. However, his statements indicated that prospective Israeli attacks would target not only Hezbollah or alleged Iranian positions, but also Lebanon itself. "What happened in 2006 will be a picnic compared to what we can do. I remember a Saudi minister saying they will send Hezbollah back to their caves in south Lebanon. I am telling you that we will [re] return Lebanon to the Stone Age," Katz said, in reference to the 2006 war with Hezbollah. He also said Israel was not patient enough to wait for new UN resolutions on Hezbollah and Iran.

Katz also said that the Israeli-Saudi alliance would help the peace process. Saudi King Salman is expected to hand over the throne to his son Muhammad, as he is old, ill and currently unable to function as the sole authority. The 32-year-old crown prince is known to be strongly anti-Iranian and has a good relationship with Israel. Last June, The Times reported that Israelis and Saudis were conducting negotiations to establish economic ties. Quoting Arab and American sources, the paper said the two countries are going to allow their businesses to operate. Similarly, a Haaretz report in June said: "Jared Kushner, Trump's adviser and son-in-law, has grown close to Mohammed bin Salman, and the two have reportedly discussed improved ties with Israel as a step toward Israeli-Palestinian peace." It is also believed that Kushner is one of the figures behind Trump's recent decision on Jerusalem. A recent Haaretz report, touching on the Israeli-Saudi meetings, also said: "One such meeting took place in Eilat in 2015; another on the margins of the Arab summit in Jordan this March, and there are regular meetings between Saudi and Israeli officers in the joint war room where Jordan, Saudi Arabia and the United States coordinate."

Israel and Saudi Arabia agree that Iran must be stopped and its power must be curbed at any price. Saudi Arabia's attempt to depose Lebanese Prime Minister Saad Hariri last month by forcing him to resign and keeping him in Riyadh for a while until France stepped in was considered a move against Iran. Through intervening in Lebanon's domestic politics and aiming to appoint an anti-Iran administration, Saudi Arabia, in untold cooperation with Israel, tried to create a block against Iran and its proxy Hezbollah. Although the move seems to have failed, Riyadh may renew its efforts if Israel declares war on Lebanon.

Last March, Israel made a move that further escalated tensions with Lebanon, proposing a bill in the Knesset that redefined Israel's maritime economic border with Lebanon. According to the bill, a long-disputed, 800-square-kilometer area of maritime territory was claimed by Israel in an attempt to expand its control and economic benefits at sea. Lebanon's response to the bill was harsh, with Lebanese parliament speaker Nabih Berri saying that redefining the maritime borders is equivalent to a declaration of war. Similarly, Hariri also condemned Israel's move. In the scope of these developments, it is possible that Saudi Arabia and Israel could take collective action against Iran, using Lebanon as a base since Iran has been confronting Saudi Arabia in Lebanon, Syria, and particularly in Yemen where a terrible war has devastated the country.