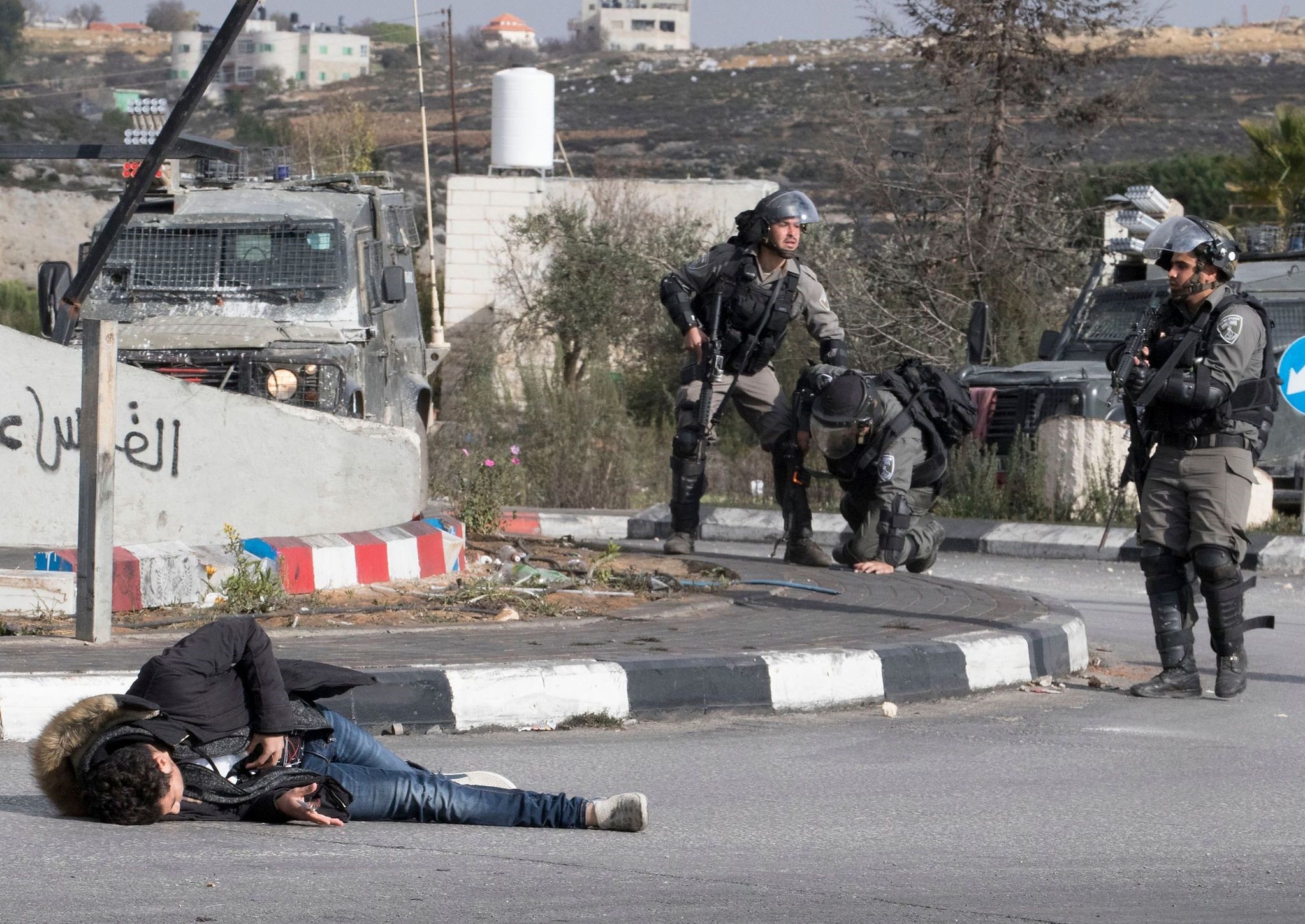 A Palestinian man clutches his stomach after he was shot by Israeli soldiers, in reaction to his stabbing attack on a soldier, in the Israeli occupied West Bank town of al-Bireh on December 15, 2017. (AFP Photo)
by Associated Press Dec 15, 2017 12:00 am

A Palestinian man wearing a suicide vest was shot by Israeli security forces near the West Bank city of Ramallah.

Spokesman Micky Rosenfeld said the officer was injured lightly in the shoulder after the man attacked him with a knife. The attacker was evacuated from the scene by the Red Cross medical service. His condition was unclear.

Gaza Health Ministry spokesman Ashraf al-Kidra said five Palestinians were injured in clashes in two locations along Gaza's border with Israel. He said they were injured by live fire and were in moderate condition.

The Trump announcement departed from decades of U.S. policy that the fate of Jerusalem should be decided through negotiations. Protests in response to the announcement have taken place in various Arab and Muslim countries in the region.

East Jerusalem is home to sensitive Jewish, Muslim and Christian holy sites and the fate of the territory is an emotionally charged issue at the heart of the conflict. The Palestinians seek east Jerusalem, captured by Israel in the 1967 Mideast war from Jordan, as the capital of their future state. Israel says the entire city, including east Jerusalem, is its eternal capital.

Palestinians were infuriated by Trump's announcement on Dec. 6 because they saw it as siding with Israel on the most sensitive issue in the conflict. Palestinian President Mahmoud Abbas has said Trump's move disqualified the U.S. from continuing in its role as the traditional mediator of peace talks.