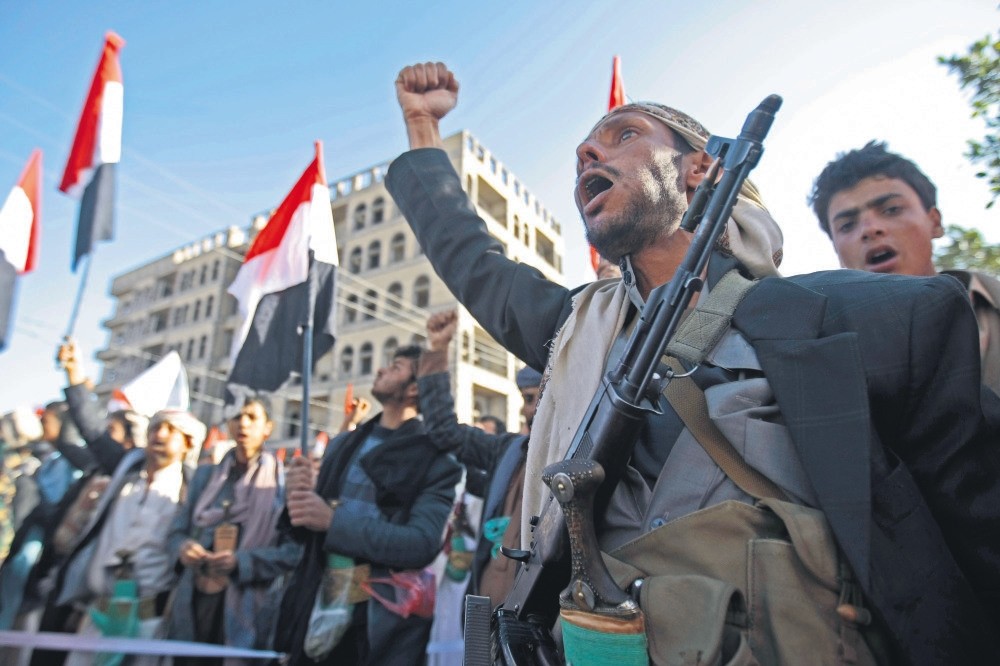 A recent International Crisis Group report along with developments in Yemen indicate that the ongoing, multi-party war that has affected the region will worsen

Yemen is facing one of the most devastating wars in its history and an even worse humanitarian crisis. The barrage of Saudi airstrikes, relentless interventions by Iran and the recent killing of its former president, Ali Abdullah Saleh, will aggravate the chaos that has engulfed the country.

As the situation worsened, Russia has decided to suspend its diplomatic activities in the country and ordered its entire staff to evacuate. In the meantime, the U.S. has made claims that it had documents proving Iran's backing of the Houthis. Finally, a report by the International Crisis Group (ICG) says that the U.S.-Iran confrontation over Yemen would soon become more concrete.

The death of Yemen's deposed Saleh has changed the balances. Prior to his death, Saleh had declared that he was abandoning the rebels and was ready to join the Saudi alliance, which is taking part in a deadly war in the region's poorest country.

Saleh's killing marked the end of an era for the country and for the fragile alliance between his forces and the Houthis. Immediately after his death, many troops loyal to him have allegedly joined the Yemeni forces.

The former president's son and tribe have already declared that they would take revenge. Demonstrating even further changes in the internal balance of the country, Yemeni political party al-Islah met with the Saudis and the United Arab Emirates (UAE) Thursday. The meeting was considered a move to expand the alliance against the rebels. Al-Islah, however, is allegedly linked to the Muslim Brotherhood, which has been designated as a terrorist group by the Gulf countries, except Qatar.

"After the failure of an attempted uprising early this month against the rebels by their erstwhile ally former president Ali Abdullah Saleh, the two governments have been forced to review strategy in their nearly three-year-old military intervention," a Reuters report said Thursday.

The SPA's report went on to say it was a chance to "review the situation in Yemen and efforts to restore security and stability for the Yemeni people."

"Al-Islah was long a major military as well as a political force in Yemen but its forces pulled back from the capital and the rest of the north as the rebels took control and are now largely confined to Marib province, east of Sanaa. The movement is nominally part of the alliance supporting President Abderabbo Mansour Hadi but so far it has played only a minor part in the actual fighting against the Houthi rebels," the Reuters report added.

Another recent development that indicates the situation in the country will likely worsen is that Russia decided to suspend its diplomatic presence in the country.

The SPA said a Russian plane evacuated staff while the embassy will be working in Riyadh temporarily. The Russian withdrawal coincides with Saudi Arabia blocking all entry to the country and facing cross-border missile attacks.

U.N. Secretary-General, Antonio Guterres on Thursday said Iran may be defying a U.N. call to halt ballistic missile development even as it complies with the nuclear deal with six world powers.

"I encourage the U.S. to maintain its commitments to the plan and to consider the broader implications for the region before taking any further steps," he said, and added: "Similarly, I encourage the Islamic Republic of Iran to carefully consider the concerns raised by other participants in the plan."

The ICG report came one day after this statement, claiming that the U.S. and Iran might enter greater conflict over Yemen.

"Tensions between the U.S. and Iran, as well as between Iran and Saudi Arabia, are reaching a critical level, as are risks of a deliberate or accidental confrontation among these parties. Nearly two years after entering into force, the 2015 Joint Comprehensive Plan of Action (JCPOA) between Iran and the P5+1 [permanent members of the U.N. Security Council and Germany] was in jeopardy. Simultaneously, regional dynamics across the Middle East were trending in a worrisome direction," the report said.

Underlining the fragility of the situation in the region, the report said any effort by the U.S. to undermine JCPOA could prompt Iran to target U.S. forces in Syria or Iraq while Iran's actions could push the U.S. to jeopardize the nuclear deal.

Besides the political uncertainties and discrepancies, the Yemeni people continue to suffer and are afraid of becoming even more helpless after the recent developments. Yemenis face other critical problems too, such as a lack of access to clean water, electricity, and food. In some besieged areas, children are starving to death. A recent UNICEF report said water-related diseases have affected over 5 million Yemenis.

According to the report, 20 million people have been affected by the war and 3 million suffer from a lack of nutrition. It also said more than $180 million was necessary to cope with the situation and that only $130 million is available. The U.N. says the conflict has left more than 20,000 people dead and displaced at least 3 million.