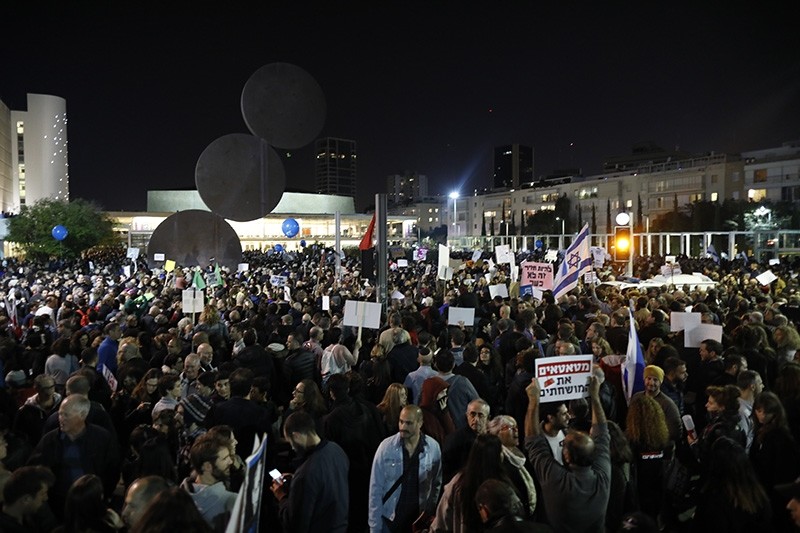 Thousands of Israelis are calling on Prime Minister Benjamin Netanyahu to resign at a demonstration in central Tel Aviv.

They have said they suspect him of being involved in bribery, fraud and breach of trust.

Netanyahu has denied any wrongdoing and dismisses the accusations as a witch hunt by a hostile media.

The weekly protests are gaining steam, but fewer turned out Saturday than last week.

Organizers are pressuring authorities to press charges that oust Netanyahu.