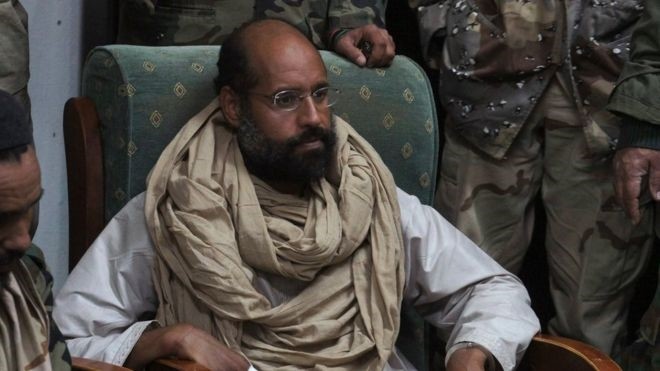 Saif al-Islam Gaddafi, the most prominent son of former Libyan leader Muammer Gaddafi, is planning to run for presidency in the country's upcoming elections in 2018, his spokesman announced Monday.

Basem al-Hashimi al-Soul, spokesperson for the Gaddafi family, told Egypt Today that Saif al-Islam Gaddafi has prepared his platform and will be declaring his bid for the leadership soon.

"Saif al-Islam plans to impose more security and stability in accordance with the Libyan geography and in coordination with all Libyan factions," he said.

Saif was seen by some as a potential reformist successor to his father in the years before 2011 and remains a key figure for Gaddafi loyalists.

An arrest warrant was issued for Saif by the International Criminal Court in 2011 for the crimes against humanity of murder and persecution, allegedly committed in Libya in the same year as the conflict that saw his father ousted from power.

In 2015, a Libyan court in the capital Tripoli sentenced Saif al-Islam to death on charges related to killings during the country's 2011 uprising.

In June, Saif was freed in Zintan under an amnesty law passed two years ago by a parliament based in eastern Libya. The younger Gaddafi then left Zintan for an undisclosed location.