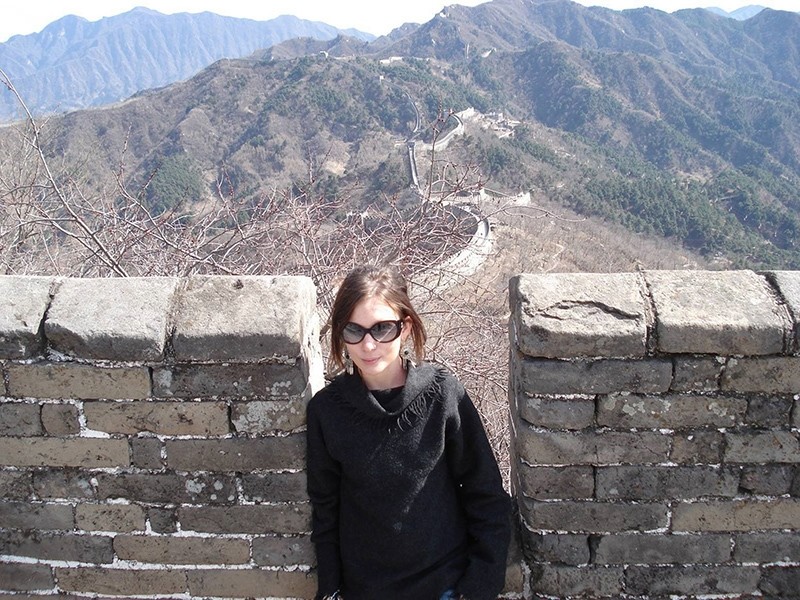 A handout photo made available by Rebecca Dykes' family via British Foreign and Commonwealth office showing Rebecca Dykes, a program and policy manager for the Department for International Development, at the U.K. Embassy, Beirut, Lebanon. (via EPA)
by Dec 18, 2017 12:00 am

Lebanese security forces on Monday arrested the suspected killer of a woman employed at the U.K. embassy in Beirut and whose body was found at the weekend, an official said.

"It's correct," the senior security official told French Press Agency (AFP) when asked about reports that the suspected killer of Rebecca Dykes had been arrested.

He said the Lebanese man was detained at dawn but would not provide further details on his identity, only adding that the investigation had established Dykes' killing "was not politically motivated."

The young British woman was found dead on Saturday evening, her body dumped on the side of an expressway north of Beirut and a piece of string tied around her neck, the same official had said on Sunday.

Another official on Sunday had said investigators were looking into reports she had been sexually assaulted.

Dykes worked at the Department for International Development (DFID) in Beirut.

Her family, the U.K. ambassador and DFID issued statements on Sunday expressing their shock but providing no further information.

Such crime is rare in the Lebanese capital, a city which is considered generally safe, including for tourists and foreign residents.