Palestine to call for emergency UN meeting after US veto 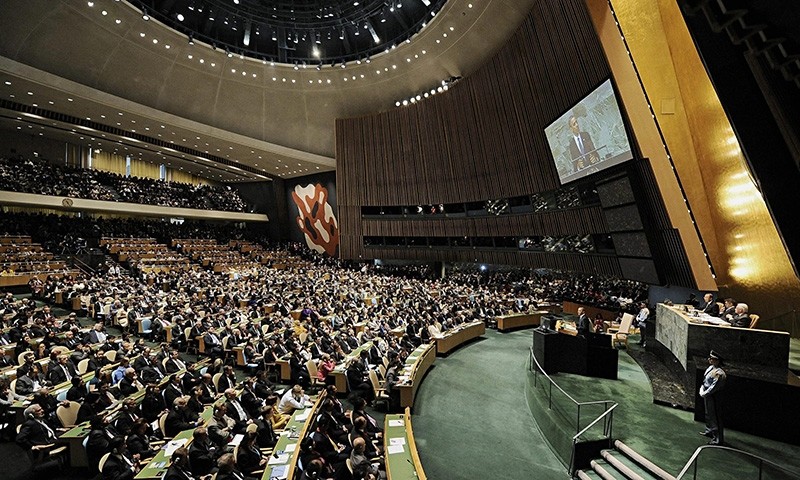 Palestinian Foreign Minister Riyad al-Maliki said on Monday that Palestinians will call for an emergency meeting of the United Nations General Assembly after the United States vetoed a Security Council resolution calling for the withdrawal of its declaration that Jerusalem as Israel's capital.

"We are moving within 48 hours ... to call for an emergency meeting of the General Assembly," al-Maliki told reporters in Ramallah. He said the international community would "consider the decision by president Trump as null and void."

He said Monday's veto goes against the international consensus, underscores Washington's growing international isolation and "will not help in creating peace in the region."

The Egyptian-sponsored resolution would have required President Donald Trump to rescind his declaration of Jerusalem as the capital of Israel. It was approved by the 14 other council members, a reflection of the depth of global opposition to Trump's action.

Earlier Monday, Abbas said he will seek a U.N. upgrade for "Palestine," which was recognized in 2012 by the General Assembly as a non-member observer state.