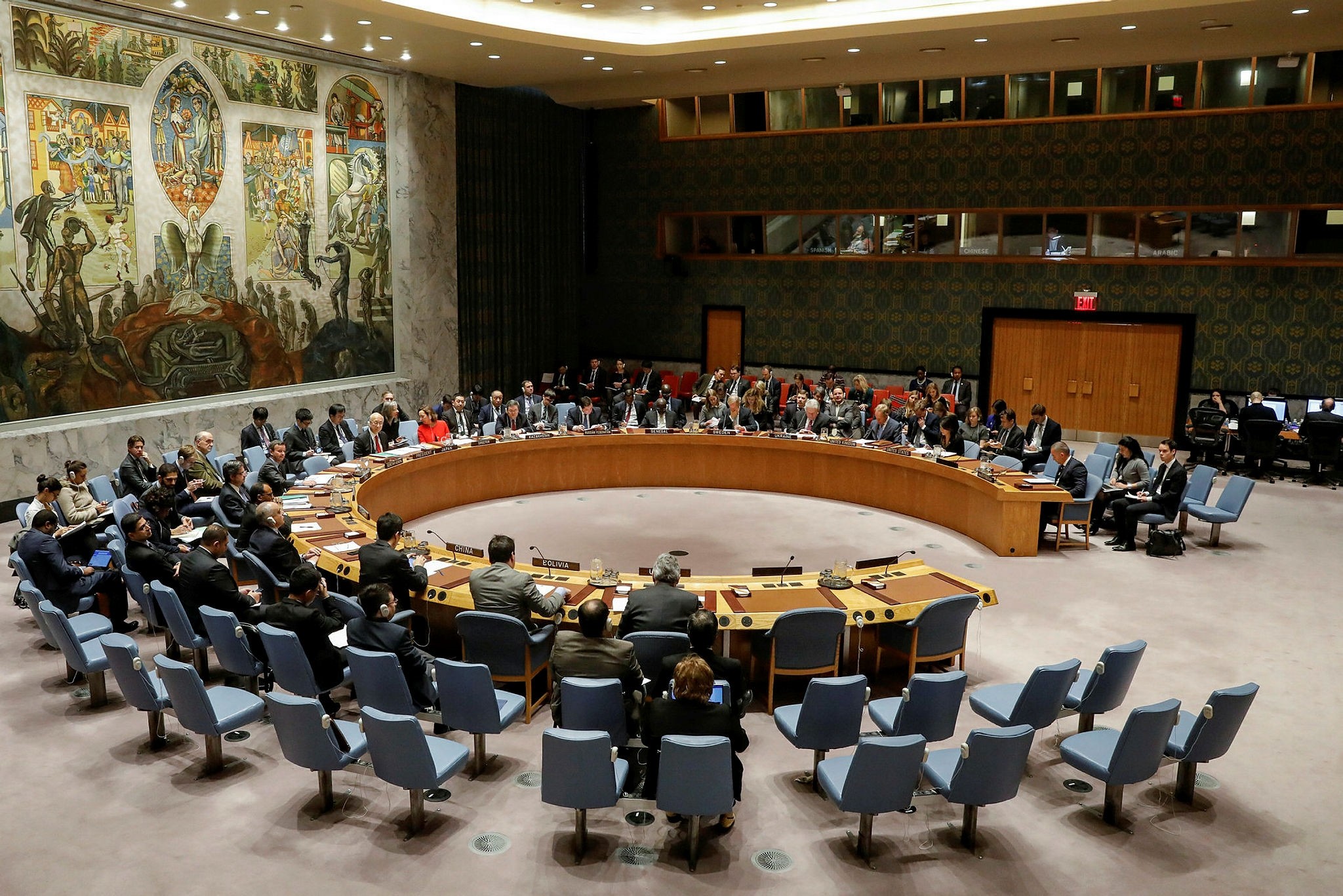 The United Nations Security Council meets on the situation in the Middle East, including Palestine, at U.N. Headquarters in New York City, New York, U.S., December 18, 2017. (Reuters Photo)
by Daily Sabah with Wires Dec 18, 2017 12:00 am

The Egyptian-sponsored Security Council resolution was approved by the 14 other council members, but was rejected by the United States, who is one of the five permanent members of the UNSC, as expected.

This inequality created by the permanent positions of five members of the Security Council has been frequently voiced by President Recep Tayyip Erdoğan, best by his famous slogan "The world is bigger than five."

Turkey spearheaded efforts for the vote, and it was Egypt that legally requested it on Sunday, a day after it presented the measure.

Arab nations knew in advance that the United States was certain to veto the resolution, but they sought the vote to demonstrate that countries everywhere and even many U.S. allies such as Britain, France and Japan are against Trump's action.

The resolution asserted that "any decisions and actions which purport to have altered, the character, status or demographic composition of the Holy City of Jerusalem [would] have no legal effect, are null and void and must be rescinded in compliance with relevant resolutions of the Security Council."

The draft also demanded that all states to comply with Security Council resolutions on Jerusalem, and "not recognize any actions or measures contrary to" them.

Following the voting, U.S. Ambassador Nikki Haley called the resolution "an insult" that won't be forgotten, saying the United Nations forced the U.S. to cast a veto simply because of its right to decide where to put its embassy.