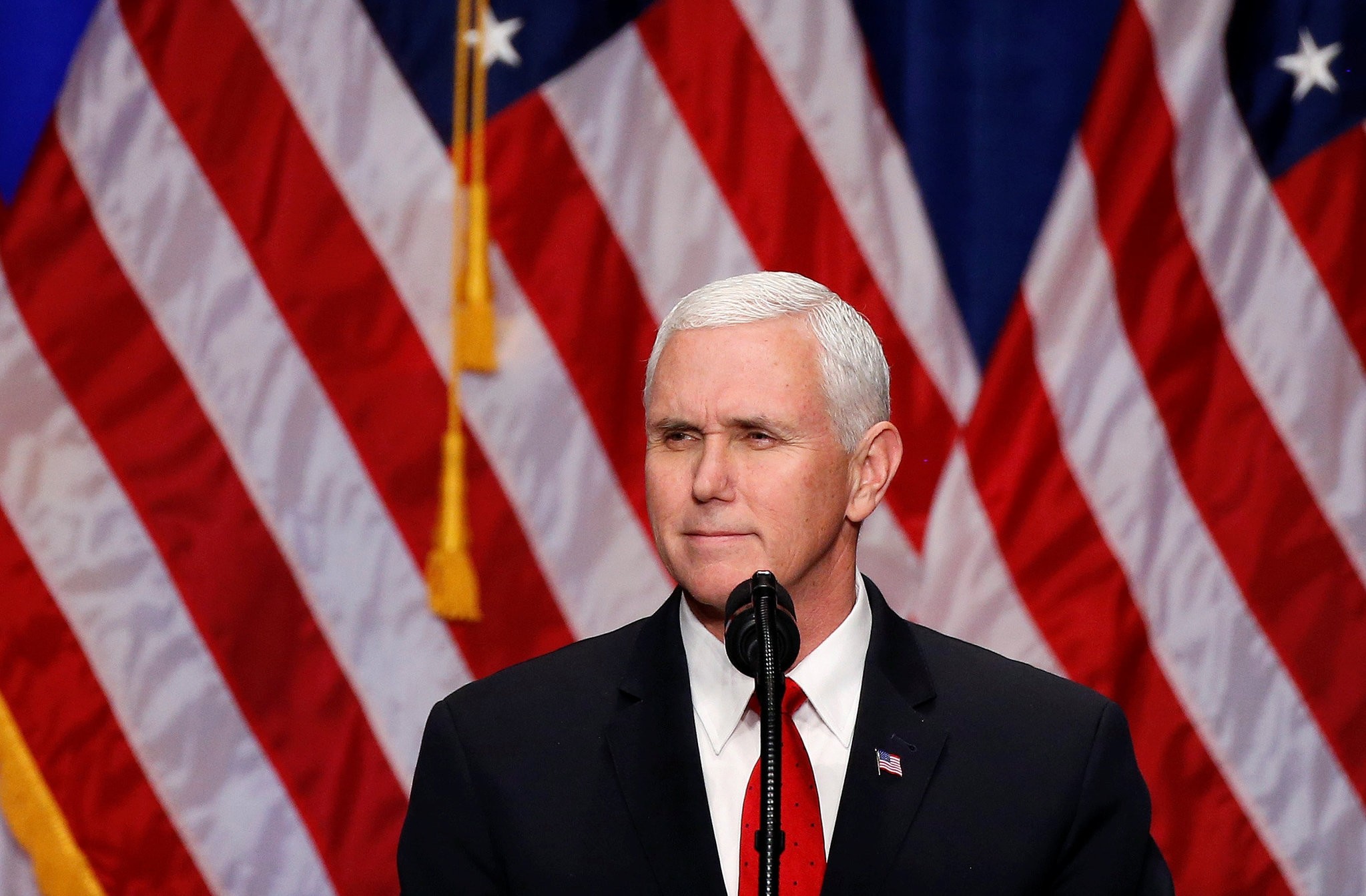 U.S. Vice President Mike Pence postponed his trip to the Middle East amid the U.S.'s escalating tensions with the regional countries over President Donald Trump's decision to recognize Jerusalem as the Israeli capital.

The trip to Egypt and Israel, due to begin Tuesday, has been pushed back to mid-January, allowing Pence to remain in Washington in case he needs to break a tie vote in the Senate over Trump's tax reforms.

"The tax vote is still in very good shape, but we don't want to take any chances whatsoever," said a senior White House official.

Pence's visit was set to have a rocky start as aides to Mahmoud Abbas said that the Palestinian president would not meet with Pence over Trump's call.

Abbas had originally planned to host Pence, a devout Christian, in the biblical West Bank town of Bethlehem. White House officials also said Pence had no plans to visit the contested city's Church of the Holy Sepulchre — the site where Christians believe Jesus was crucified and resurrected.

No welcoming party was expected for the vice president in Egypt either as leading Muslim and Christian clerics in the Arab country refused to meet with him during his trip.

The status of Jerusalem has been a central issue in the decades-long Israeli-Palestinian conflict and Trump's announcement last week was widely perceived as siding with Israel. The decision upended decades of U.S. foreign policy and countered an international consensus that Jerusalem's status should be decided in negotiations between Israel and the Palestinians, who claim east Jerusalem as the capital of their future state.