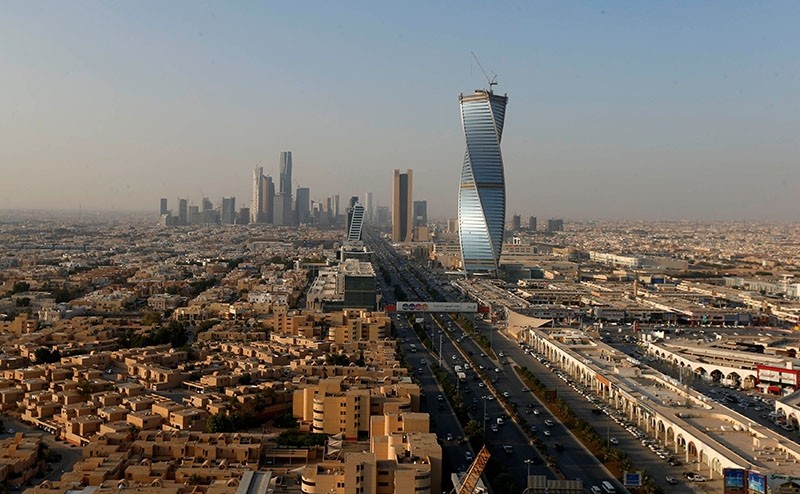 Buildings are seen in Riyadh, Saudi Arabia, December 18, 2017. (Reuters Photo)
by Compiled from Wire Services
Dec 19, 2017 12:00 am
The Saudi-led coalition said Tuesday that it intercepted a ballistic missile south of the capital Riyadh, while Houthis confirmed they fired a missile, shortly after an explosion and smoke were reported in the city.

The announcement by the coalition was carried by the Saudi state TV as residents of the kingdom posted videos on social media showing a small cloud of smoke in the sky.

The report said no damage was caused by the intercepted missile.

In Yemen, Mohammed Abdul-Salam, the spokesman for the Shiite rebels known as Houthis, said they fired a ballistic missile targeting the Yamama Palace. He tweeted that a ballistic "Volcano H-2" missile was used in the attack.

This is the second missile attack fired by the Houthis to target Riyadh since Nov. 4. Last month's attack targeted the Saudi capital's airport but was also intercepted.

The Saudi-led coalition has been fighting in Yemen since March 2015 to defeat the Iran-backed Houthis and reinstate the internationally recognized government of President Abed Rabbo Mansour Hadi who was forced into exile by the Houthis.