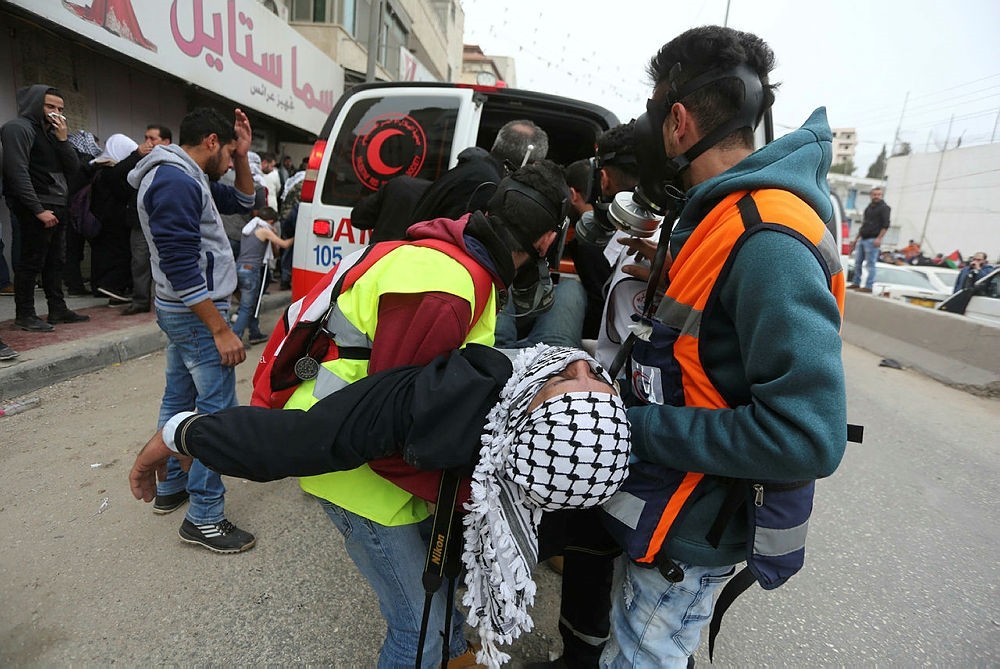 At least 29 Palestinians were injured Wednesday in renewed clashes with the Israeli army in Jerusalem while protesting against Washington's recognition of the city as Israel's capital.

One Palestinian was injured by a live bullet while others suffered injuries from rubber-coated bullets, tear gas inhalation and beatings by Israeli soldiers.

Among the wounded were Jerusalem-based journalist Diala Jowayhan, who was taken to Makassed Hospital in the city for treatment.

Most Palestinian cities have witnessed demonstrations and clashes with the Israeli army in response to U.S. President Donald Trump's recognition on Dec. 6 of Jerusalem as Israel's capital and his announcement of plans to transfer Washington's embassy from Tel Aviv to the occupied city.