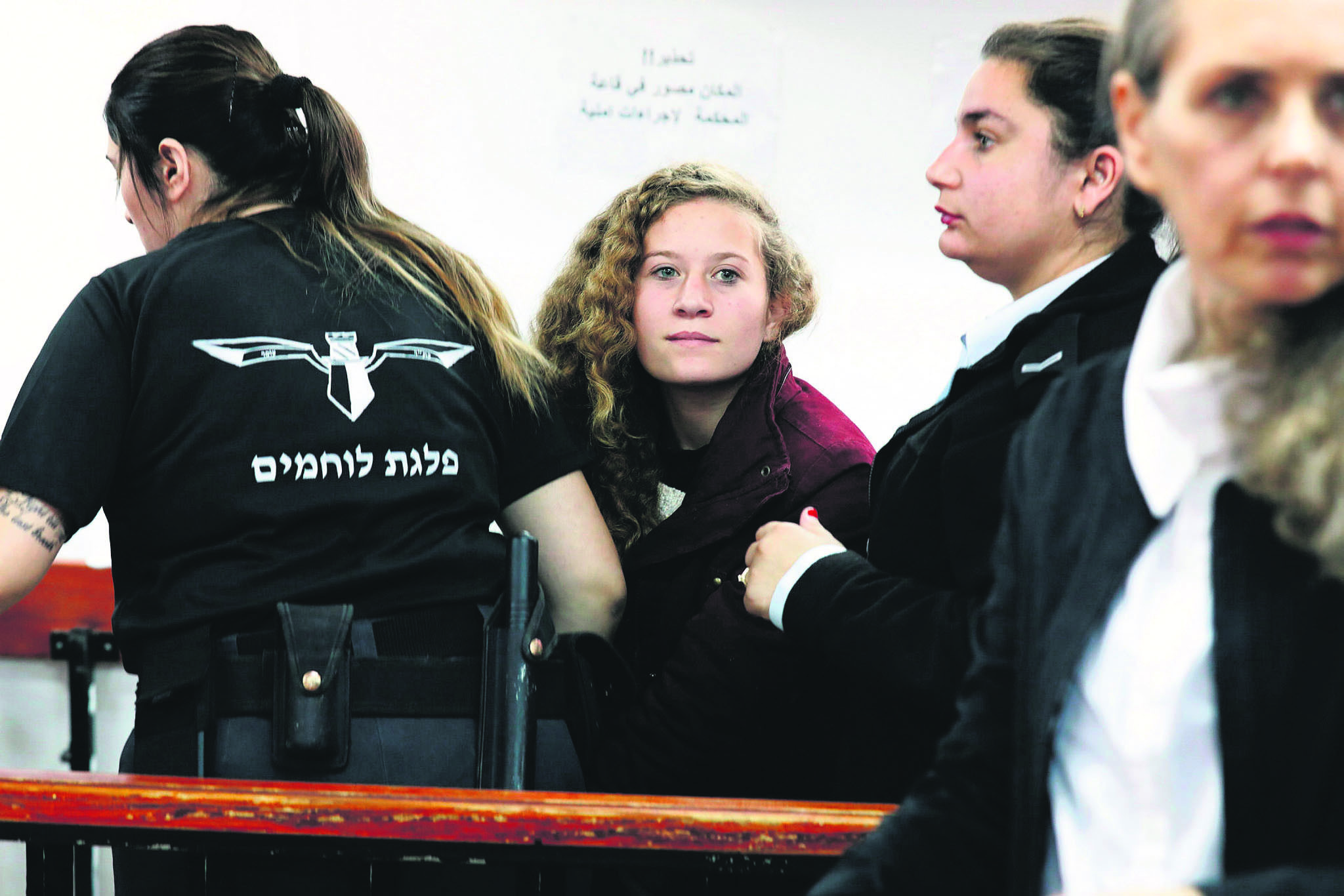 After being arrested at her home in a pre-dawn raid, an Israeli court has extended the detention of a Palestinian teen who is being celebrated as a hero and symbol of a new generation by Palestinians

An Israeli court has extended until Monday the detention of a teenage Palestinian girl who had earlier been awarded by Turkey for her bravery, according to her father. Three days after a confrontation with Israeli soldiers, Ahed Tamimi, the 16 year old from the village of Nebi Saleh, was arrested at her home in a pre-dawn raid and now faces charges of attacking soldiers. "Life will end up in the prison cell" for Tamimi, Israeli Education Minister Naftali Bennett said.

Speaking to Anadolu Agency (AA), her father Bassem Tamimi said the Ofer military court has approved a request by Israeli prosecutors to extend his daughter's detention until Monday. "I was not allowed to speak with her, but she looked to be in high spirits," he said.

He said his daughter was transferred to the Hasharoun prison in northern Israel after the court hearing. According to the father, Ahed's mother will appear before the court on Thursday to look into extending her detention. Bassem said he has been summoned by the Israeli intelligence service for interrogation.

According to Palestinian media, Ahed and a relative face charges of assaulting Israeli soldiers, while the mother faces charges of incitement.

The Israeli military said in a statement that Ahed was arrested for participating in "violent riots" in her village. "She was arrested on suspicion of attacking Israeli soldiers during the riots," it said.

Another family member, Mohammed, is recovering in hospital after being shot in the head with a rubber bullet Friday, the family said.

The arrest came after a video went viral of her slapping Israeli soldiers in the occupied West Bank as they remained impassive. The video supposedly shot Friday showed two Palestinian teenage girls approaching two Israeli soldiers before shoving, kicking and slapping them while filming on mobile phones.

The detention of Tamimi also highlighted the issue of arrests of Palestinian minors. Defense for Children International-Palestine, a local group, said 331 Palestinians under the age of 18 were held in military detention as of May, according to the most recent statistics released by Israeli authorities, as reported by The AP. It said that in 2016, an average of 375 minors were in detention each month. The Israeli military was unable to provide data on the number of minors it is holding.

On social media, Palestinians celebrated Ahed as a hero in widely distributed cartoons. In one, she is shown in a Joan of Arc-like pose, raising a Palestinian flag, framed by her easily recognizable mane of dirty blonde curls.

Ahed has made headlines in the past, including in 2015, when she bit the hand of a masked Israeli soldier who was holding her now 14-year-old brother Mohammed in a chokehold during an attempted arrest.

In 2012, Ahed was awarded with the Hanzala Courage Award by Başakşehir Municipality in Istanbul for challenging the Israeli soldiers who had arrested her brother. At the time, then Prime Minister Recep Tayyip Erdoğan and his wife met the Palestinian girl.