Palestine condemns Guatemala over decision to move embassy to Jerusalem 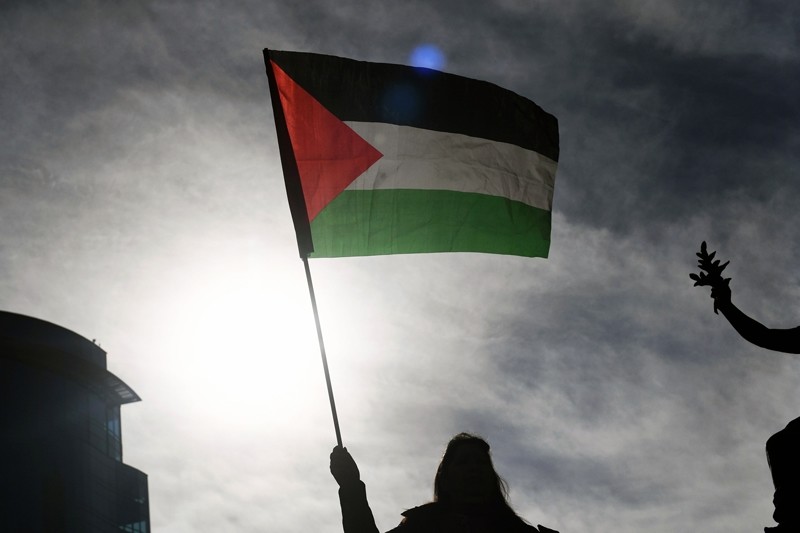 The Palestinian Foreign Ministry has condemned a decision by Guatemalan President Jimmy Morales to relocate his country's embassy in Israel from Tel Aviv to Jerusalem.

"The State of Palestine condemns this announcement," read a ministry statement released on Monday.

Morales, it added, had "dragged his country to the wrong side of history by committing a flagrant violation of international law as well as relevant UN Security Council and General Assembly resolutions."

On Sunday, after a phone call with Israeli Prime Minister Benjamin Netanyahu, Morales announced that Guatemala -- following Washington's lead -- would move its Israel embassy from Tel Aviv to Jerusalem.

The Palestinian Foreign Ministry, for its part, blasted the move as "a brazen act of disrespect… to the collective positions of international alliances and groups Guatemala is part of."

Morales's declaration comes almost three weeks after U.S. President Donald Trump announced his decision to recognize Jerusalem as Israel's capital -- a move that drew condemnation and protest from across the Arab and Muslim world.

Last Thursday, the UN's 193-member General Assembly adopted a resolution calling on the U.S. to withdraw its recognition of the flashpoint city as Israel's capital.

A total of 128 member-states voted in favor of the motion, nine voted against it -- Guatemala among them -- and 35 abstained. Twenty-one member-states, meanwhile, did not cast ballots.

The ministry went on to describe Morales's subsequent decision to relocate Guatemala's embassy as "a shameless act of lawlessness that also completely and utterly defies the sentiments of church leaders in Jerusalem."

"Instead of expressing solidarity with the original Christians of Palestine, President Morales chose to act against their rights and status in the Holy Land on Christmas Eve. It is unconscionable," the statement read.

The state of Palestine, it added, "views this as a blatant act of hostility against the inalienable rights of the Palestinian people and international law."

The ministry concluded its statement by vowing to "work with regional and international partners to confront this illegal decision."

Israel occupied East Jerusalem, in which the Al-Aqsa and the Haram al-Sharif are located, during the 1967 Arab-Israeli War. In a move never recognized by the international community, it annexed the entire city in 1980, claiming it as the Jewish state's "eternal and undivided" capital.

The site is central to the Israeli-Palestinian conflict, with Palestinians fearing Israel may one day seek to assert further control over it. Muslims are in charge of administering at the compound, home to the Al-Aqsa and the Dome of the Rock mosques. Jews can visit the site but are not allowed to pray there.