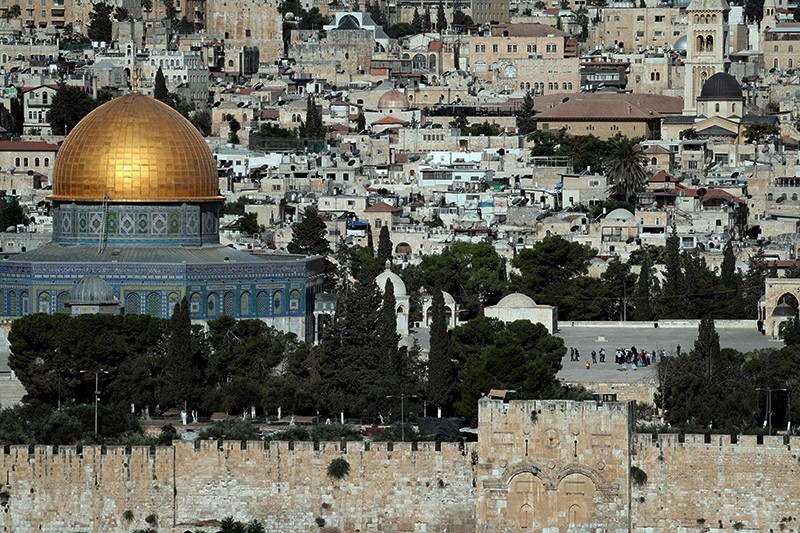 Israel set a higher threshold on Tuesday for any future vote on ceding parts of Jerusalem to the Palestinians, who want the eastern part of the city for a future independent state.

The amendment passed by the Israeli parliament to existing legislation raised from 61 to 80 the number of votes that would be required in the 120-seat Knesset to approve any proposal to hand over part of the city to "a foreign party."

The amendment, long in the legislative pipeline, comes less than a month after U.S. President Donald Trump angered the Palestinians, Middle East leaders and world powers by recognizing Jerusalem as Israel's capital.

U.S. negotiations between Israel and the Palestinians have been frozen since 2014 but, if ever resumed, a special Israeli parliament majority to approve handing over parts of Jerusalem could complicate efforts to reach a peace accord.

Trump's Dec. 6 decision touched off protests in the region and the Palestinians have said Washington can no longer serve as a peace broker. A U.S. bid to revive negotiations, led by the president's adviser and son-in-law, Jared Kushner, has so far shown no progress.

"The authority to relinquish parts of the land is not in the hands of any Jew, nor of the Jewish people," said Naftali Bennett, head of the far-right Jewish Home coalition party, which sponsored the legislation.

Palestinian officials were not immediately available for comment on the new amendment, which passed by a vote of 64 to 52.

The status of Jerusalem is one of the most sensitive issues in the decades-old Israeli-Palestinian conflict.

Israel captured East Jerusalem in the 1967 Middle East war and annexed it in a move not recognized internationally. It says the entire city is its "eternal and indivisible" capital.

Palestinians want East Jerusalem to be the capital of a future state that would also include the occupied West Bank and the Gaza Strip.

Political commentators said the decision might bolster right-wing support for Netanyahu, who could seek a public mandate in an early election while he awaits possible criminal indictments against him on corruption suspicions. He denies wrongdoing.

Parliamentary elections are not due until November 2019 but the police investigations in two cases of alleged corruption against Netanyahu and tensions among coalition partners in his government could hasten a poll.

Some commentators, pointing to an existing law that already sets a similar high threshold for handing over territory in a land-for-peace deal, have said Jewish Home was essentially competing with Likud for support among the right-wing base.