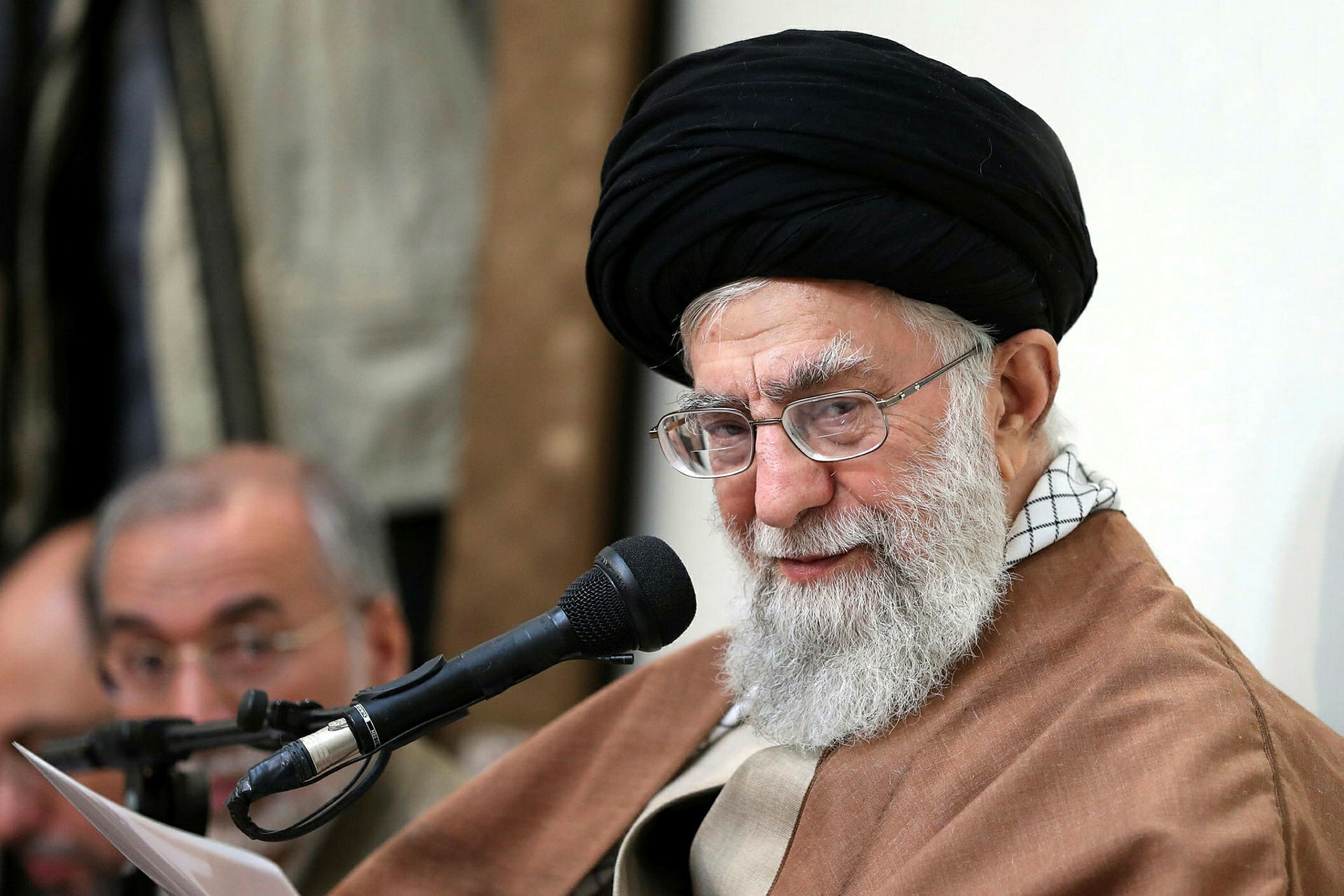 A handout photo provided by the office of Iran's supreme leader Ayatollah Ali Khamenei on January 2, 2018, shows him delivering a statement in the capital Tehran.
by Jan 02, 2018 12:00 am

Iran's supreme leader blamed "enemies" Tuesday for unrest that has seen 21 deaths as Washington sought to increase pressure on the government that was facing its biggest test in years.

In a speech carried on state television, Ayatollah Ali Khamenei broke his silence on the protests for the first time since they erupted last Thursday.

"The enemies have united and are using all their means, money, weapons, policies and security services to create problems for the Islamic regime," the supreme leader said.

"The enemy is always looking for an opportunity and any crevice to infiltrate and strike the Iranian nation."

Even reformists, who backed the last major protest movement in 2009, condemned the unrest and the support it has received from the United States.

But they also urged the authorities to address economic grievances that have fueled the protests.

"The Iranian people are confronted with difficulties in their daily lives... and have the right to peacefully demand and protest," said a statement from the Association of Combattant Clerics, headed by reformist ex-president Mohammad Khatami.

A fifth night of unrest Monday to Tuesday saw six protesters killed during an attack on a police station in Qahderijan in the central province of Isfahan, state TV said.

At least three other towns near the cultural hub of Isfahan also saw violence overnight, causing the deaths of a young member of the Revolutionary Guards, a policeman and a bystander.

The estimated death toll is now 21 since protests began in second city Mashhad and quickly spread to become the biggest challenge to the regime since mass demonstrations in 2009.

As violence has grown, authorities have stepped up arrests, with at least 450 people detained in Tehran since Saturday and 100 more around Isfahan on Monday, media reported.

U.S. President Donald Trump, who has repeatedly criticized Tehran since the latest protests began, praised the demonstrators for acting against the "brutal and corrupt" regime and said Iranians had "little food, big inflation and no human rights".

Iran's foreign ministry said Trump was "wasting his time sending useless and insulting tweets" and would be better off focusing on "homeless and hungry people" in his own country.

Trump's ambassador to the U.N., Nikki Haley, said the U.S. would seek emergency U.N. talks on the situation.

"The people of Iran are crying out for freedom," she said at a news conference. "All freedom-loving people must stand with their cause."

Haley rejected as "complete nonsense" Khamenei's charges that the protests were being fomented by Iran's "enemies".

"The freedoms that are enshrined in the United Nations charter are under attack in Iran. Dozens have already been killed. Hundreds have been arrested," she said.

"If the Iranian dictatorship's history is any guide, we can expect more outrageous abuses in the days to come."

The unrest in Iran appears leaderless and focused on provincial towns and cities, with only small and sporadic protests in Tehran amid a heavy police presence.

Ali Shamkhani, secretary of the Supreme National Security Council, described the unrest as a "proxy war against the Iranian people" and said online accounts in the United States, Britain and Saudi Arabia were encouraging demonstrations.

Many Tehranis agreed with his assessment.

"When there is a protest, you can be sure other countries will take advantage of it and interfere," 30-year-old architectural engineer Mehdi Rahmani told AFP.

But he also understood the economic grievances driving the unrest.

"The root of people's protests are merely their economic problems, the problem of youth unemployment," he said.

Rouhani has tried to play down the unrest, which began over economic woes but quickly turned against the regime as a whole.

Pro-regime rallies have also been held, reflecting continued support among a large conservative section of society.

The head of Tehran's revolutionary court, Moussa Ghazanfarabadi, warned that as violence grows punishments for demonstrators would get "heavier".

"We no longer consider them as protesters demanding rights, but as people targeting the regime," he told the conservative Tasnim news agency.

Rouhani came to power in 2013 promising to mend the economy and ease social tensions, but high living costs and a 12 percent unemployment rate have left many feeling that progress is too slow.

The young are the most affected, with as many as 40 percent jobless according to analysts, and rural areas particularly hard-hit.

Rouhani on Sunday acknowledged there was "no problem bigger than unemployment", and also vowed a more balanced media and more transparency.

In 2009, authorities ruthlessly put down protests against the re-election of hardliner Mahmoud Ahmadinejad. At least 36 people were killed, according to an official toll, while the opposition says 72 died.