Palestine blasts US after Trump threatens to cut off aid 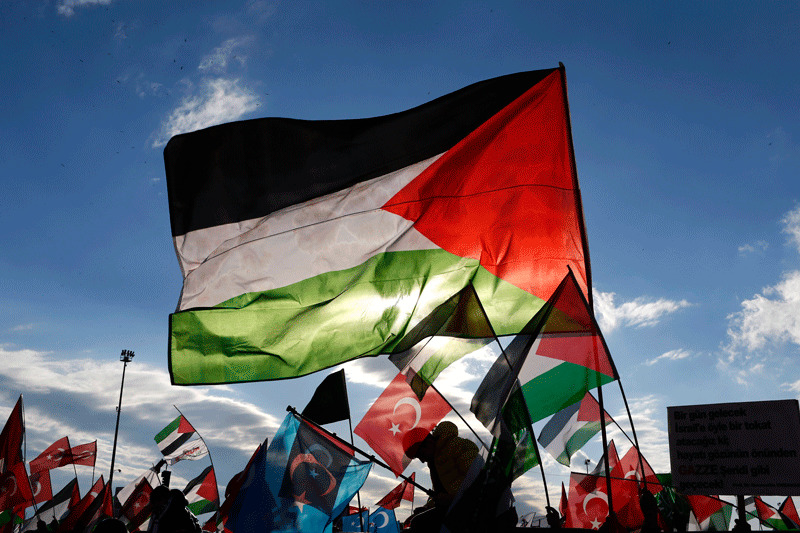 Jerusalem is "not for sale," Palestinian officials said Wednesday after U.S. President Donald Trump threatened to cut financial aid to the Ramallah-based Palestinian Authority (PA) if it did not resume peace talks with Israel.

"Jerusalem is not for sale, neither for gold nor silver," Palestinian Presidential Spokesman Nabil Abu Rudeineh said in a statement carried by Palestine's official WAFA news agency.

"If the U.S. has any concern for its interests in the Middle East, it must abide by the principles and references of the U.N. Security Council and General Assembly," Abu Rudeineh said.

"Otherwise, the U.S. will end up pushing the region into an abyss," he added.

Abu Rudeineh said that the Palestinian leadership was not opposed to returning to the negotiating table, but that "real negotiations must be based on Arab and international legitimacy and the [2002 Saudi-backed] Arab Peace Initiative, which calls for the establishment of an independent Palestinian state with East Jerusalem as its capital."

"These threats reflect the barbaric and immoral behavior of the U.S. in its dealings with the Palestinian cause and the rights of the Palestinian people," Barhoum said in a Wednesday statement.

The Hamas spokesman went on to stress the need to unify "Arab, Islamic and international positions in support of Palestinian rights against U.S. and Israeli practices."

Hanan Ashrawi, a Palestinian intellectual and member of the Palestine Liberation Organization (PLO)'s Executive Committee, for her part, echoed the assertion that Palestinian rights were "not for sale."

Ashrawi said that by recognizing occupied Jerusalem as the capital of Israel, Trump has not only violated international law, but has also destroyed the peace process "while condoning Israel's illegal annexation of our capital."

"We will not be coerced," she added. "Trump has sabotaged our sought-for peace, justice and freedom and now threatens to punish us for the consequences of his own reckless policy."

On Dec. 6, Trump announced his decision to recognize Jerusalem as Israel's capital, drawing widespread protest and condemnation from across the Arab and Muslim world.

Since then, at least 15 Palestinians have been martyred -- and thousands more injured -- in fierce clashes with Israeli security forces.

On Tuesday, the U.S. president threatened to cut financial aid to the Ramallah-based PA.

"We pay the Palestinians hundreds of millions of dollars a year and get no appreciation or respect," Trump tweeted.

"They don't even want to negotiate a long overdue peace treaty with Israel," he said. "We have taken Jerusalem, the toughest part of the negotiation, off the table, but Israel, for that, would have had to pay more."

"But with the Palestinians no longer willing to talk peace, why should we make any of these massive future payments to them?" he asked.

The last round of Israel-Palestine peace talks broke down in 2014 over Israel's refusal to release a group of Palestinian prisoners despite earlier pledges to do so.